Displacement and identity, youth radicalisation and the future of the NHS are among the themes that will be explored by the Season of Bangla Drama festival, which returns to Queen Mary University of London (QMUL) this November. 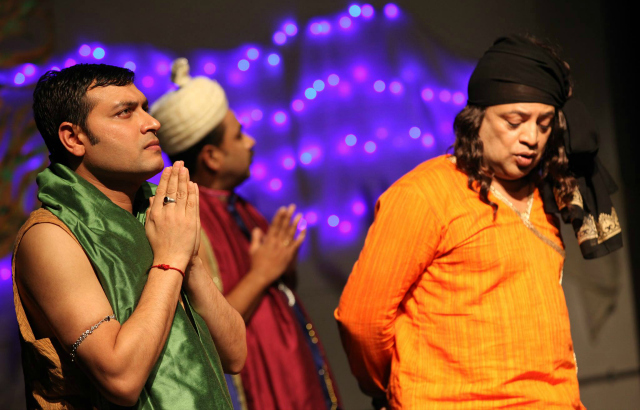 Organised as a collaboration between the Drama Department at QMUL and Tower Hamlets Council, the festival celebrates the best of Anglo-Bengali culture and performance, but reaches out to everyone. This year’s festival will include dance, drama, music, comedy and tragedy, to be supplemented by a fringe programme of talks, walks and exhibitions.

Between 3-27 November, QMUL along with a number of other venues across the borough will play host to 16 theatrical productions which were chosen for their originality, innovation and relevance.

Highlights of the 2016 programme include Mishti Gals, a funny and poignant tale about three middle-aged, British Bengali women who have made life choices which defy expectation, Rapture, a dynamic youth theatre performance which uses rap music to tell the story of a young Muslim woman who wears her hijab as an actual and metaphorical veil to her true identity, and Bangla Brummies, a play set in Birmingham which challenges Asian stereotypes by exploring the institution of marriage and cultural as well as generational similarities and differences.

In 2016, around 200 artists will have the opportunity to be mentored and to receive dramaturgical support, facilitated by QMUL Drama undergraduates and the university’s early career graduate professionals.

Ali Campbell, co-curator and Reader in Applied Performance at QMUL’s Drama Department, says the festival “acts as a catalyst for developing  community engagement on many levels”.

“It opens up a safe space where crucial issues such as gender identity, youth radicalisation and the future of London post-Brexit are explored through the language of performance. At QMUL this unique social capital is then opened up to policy makers, researchers and the non-arts community.”

“At QMUL, we hope to consolidate and expand the relationships built in the festival beyond the its November time span, feeding into an open access digital platform for skills exchange and research. Ultimately, we aim to create an open intercultural space where the complexities of identity politics in London’s East End can be not only voiced but harnessed as a resource available to all.”

Rooted in East London, the festival’s events will take place across a number of local venues including the Space, the Kobi Nazrul Centre, Rich Mix, the Pinter Studio and the Brady Arts Centre.