Return of the town hall: will Brexit bring British democracy closer to the people?

Brexit may reshape the UK's political geography - locally as well as internationally, according to Professor Jane Wills. "When people are encouraged to take back control, they need access to the political institutions that might allow this to happen." 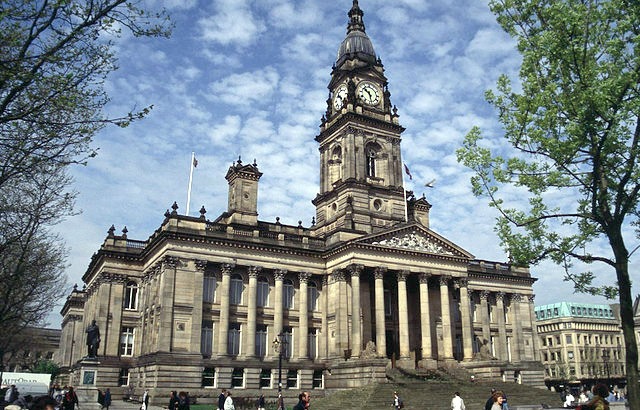 In the lead up to the EU referendum, the Leave campaign urged voters to “take back control from Brussels”. Their message invoked the dominance of EU laws and institutions – such as the European Commission and the European Court of Justice – over UK ones, to argue that the EU “undermined democratic governance”.

It remains to be seen when and how the UK will finally split from the EU, but we do know that the balance and distribution of power within the nation will radically change.

What’s more, politicians and the public are now being forced to recognise the extent to which London is marching to a different political and economic tune to the rest of the country. And while the call for “Londependence” is likely to be a non-starter, demands for greater political powers to be devolved to London are being taken more seriously.

To international observers, this might look like madness. But the referendum has highlighted the chasms between different parts of the nation, and demands for greater autonomy are set to wedge them even further apart.

After the referendum results were announced, London mayor Sadiq Khan argued that he was best placed to protect London’s economy, and that he needed further tax-raising powers and political freedoms to do so. While Khan has a strong mandate to make such calls, those living in the rest of England will look on aghast if London continues to float ever higher above the rest of the nation.

London’s economy has grown much faster than other parts of the country over the past 30 years. The city has been at the heart of an economic model that has widened spatial and social divisions. Many would say that we need to do more to redistribute wealth and opportunity to other parts of England, yet our post-referendum politics is likely to widen divisions between the country and its capital even more.

This doesn’t just apply to Scotland, Northern Ireland and London though – Brexit is also likely to bolster the devolution deals and localist statecraft, which were already well underway before the poll. In theory at least, devolution and localism are about allowing people to have greater control over the decisions that affect their communities – which seems to be what the majority of British people are demanding.

Of course, there is scope to reconcile the demands made by Khan, with the wishes of Brexiteers throughout the rest of the country. Indeed, both are demanding more control over the decisions that affect their communities: Khan on the basis of a desire to defend the city against the purported risks of Brexit; and those who voted to leave on the basis of a desire to tear up the established political order.

But amid all the fuss about Brexit, we risk rushing to redistribute powers, without having a proper debate about the outcomes of the limited devolution and localism that has already occurred.

When George Osborne’s devolution deals were in their early stages, it looked all too likely that power and money would move from one set of elites in Whitehall and Westminster, to another in cities such as Manchester and Sheffield. While regional politicians knew that they should be reaching out beyond “their own kind” to engage with the people, there was little clarity about how that could or would be done.

Indeed, council officers have long struggled to find the most effective way to engage with local citizens. For instance, my own research into Lambeth Council’s attempts to become a co-operative council found that it was extremely difficult to shift the power dynamics between local politicians and citizens.

While the vision was to find “new ways in which citizens can participate in the decisions that affect their lives” and to do things “with the community, rather than to the community”, council staff struggled to change the way that they worked. As one community development worker told me:

I think the officers have a view of the community which is not helpful … It doesn’t feel like an equal [relationship] … and it doesn’t feel like we’re respected for what we’re doing … [They] have got a huge amount of resource and we’ve got a tiny bit of resource and yet still we get things done … and then they even obstruct what we’re trying to do and take away from the little we’ve got.

Changing the culture of our public service organisations is likely to be a very long job. And while my research found that neighbourhood planning had a much better record when it comes to public engagement – by giving people genuine powers to shape local change – there is, as yet, little thought being given to the civic infrastructure that would be needed to build on this experience.

Most urban areas have very limited political representation, and localism cannot work without the local structures that facilitate representation, deliberation, negotiation and action. Neighbourhood planning requires local people to come up with a scheme to represent the diversity of local interests, and be able to take it to a vote. This has led to the creation of new urban forums, which are something like the age-old parishes, re-made for modern times.

The National Association of Local Councils (NALC) reports a sharp rise in the number of these local forums that have officially constituted themselves as urban community councils. For my book, I looked at the example of Queen’s Park Community Council in West London, which was established after a local referendum in May 2014.

The 12 councillors can use a small local mandate to organise events, send out a newsletter, lead on the neighbourhood plan and negotiate with public service organisations on behalf of local people. It is hard to imagine localism working without these new organisations. What’s more, they tend to be resolutely non-partisan, resisting the charms of political parties in order to focus on shared local needs and their own agenda for change.

In the negotiations over our national ambitions to leave the EU it is important not to neglect other layers of government across the country. When people are encouraged to take back control, they need access to the political institutions that might allow this to happen. Brexit could prompt a remaking of our political geography at a local level – as well as an international one.