Two researchers from Queen Mary University of London (QMUL) have been awarded prestigious placements in major US research institutions. 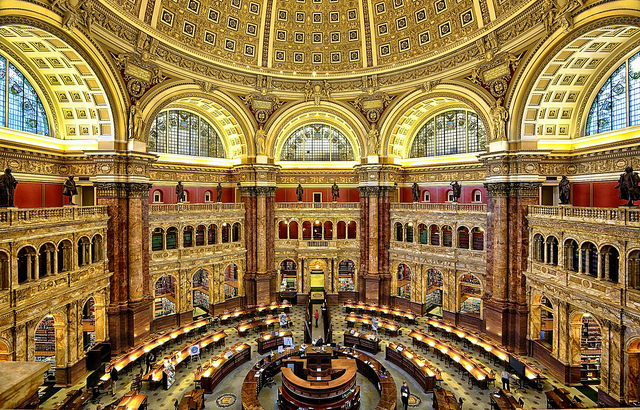 The placements were announced as part of the Arts and Humanities Research Council (AHRC) International Placement Scheme.

Dr Peter Allen, Lecturer at QMUL’s School of Politics and International Relations, will take up a three month position at the Library of Congress. His project focuses on “'The Political Class': Charting the history of an Idea through narratives of political careers and politics in the 20th Century.”

Dr Allen said: “Across Western democracies, political commentators and the public regularly bemoan the failings of the so-called political class. Seen as an elite group of political operatives, the political class are thought to be highly ambitious, self-serving, and out of touch with the lives of ordinary people. Consequently, the existence of the political class is often invoked as justification for non-participation in, and opposition to, mainstream politics.

He added: “My project will seek to understand the historical development of the 'political class' idea, linking this to narratives around political careers, political elites, and antipolitics, broadly seen as hostility to participation in mainstream political activities and actors. I’ll be using a range of textual, audio, and visual sources will be used to map both elite and popular attitudes to political careers.”

Emily Vine is an inter-disciplinary PhD student on the collaborative doctoral award (CDA) scheme, and her research spans the School of Geography, School of History, and School of English and Drama and the Geffrye Museum. Her project is about domestic devotions in early modern London.

Emily said: “The project is based on the print and manuscript collections at the Huntington. The aim of the study is to uncover a range of domestic practices relating particularly to the experience of birth and death within the household, making particular use of the Huntington's large collection of personal devotional texts, religious papers, printed sermons and unpublished diaries. This will provide the broader context for my PhD research which will ultimately focus on personal devotion among religious minorities in early modern London.”

She added: “The incredible range and quality of material in the Huntington provides evidence for religious life across England, including valuable insights into the lives of the upper echelons of society. This broader context will be essential to determining whether London can be considered an exceptional case study, or whether the religious practices of London's 'middling sort' can be considered representative of English practices more generally.”