Gudni Jóhannesson, who holds a PhD from QMUL’s School of History, has won Iceland’s presidential election. 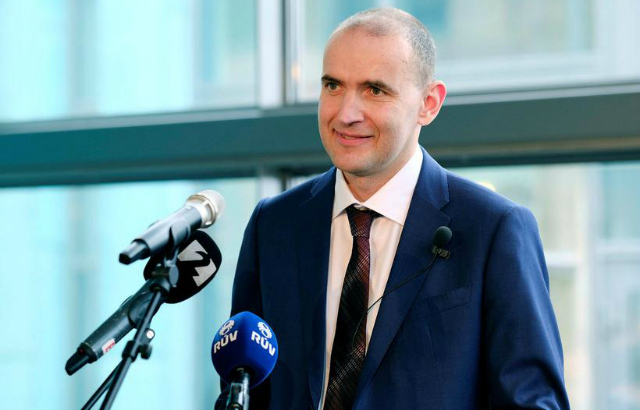 Gudni Jóhannesson studied history and politics at undergraduate level at Warwick University from 1988 to 1991 before taking an MA in History at the University of Iceland from 1994 to 1997. He then spent 1998-99 studying for an M.St. in History at St Antony’s College, Oxford, funded by a Chevening Scholarship from the British Council.

In 1999 Gudni won full doctoral funding from QMUL and joined the School of History under the supervision of Dr James Ellison and the mentorship of Professor Peter Hennessy.

Dr Ellison said: “He researched and wrote a thesis entitled ‘Troubled Waters. Cod War, Fishing Disputes, and Britain’s Fight for the Freedom of the High Seas, 1948-1964’. Gudni produced a first class piece of historical research which considered how Britain sought and failed to hold on to its freedom of the seas and fishing rights in the first of the Cod Wars. These confrontations which lasted until the 1970s eventually produced victory for the Icelanders and defeat for Britain. In his thesis on the origins of the Cod Wars, Gudni employed archival material from nine countries, including his own, Russia, the UK and the USA and became a recognised expert on his subject.”

Gudni passed his PhD viva without corrections in 2003. On leaving QMUL, and publishing widely in his field and others, he took up lectureships at Reykjavik University and at the University of Iceland and remained there as an associate professor of history before making his bid for the presidency of Iceland.