Professor Maurice Peston, who founded the Economics Department (now the School of Economics and Finance) at Queen Mary and served as its first Head, died on Saturday 23 April 2016. 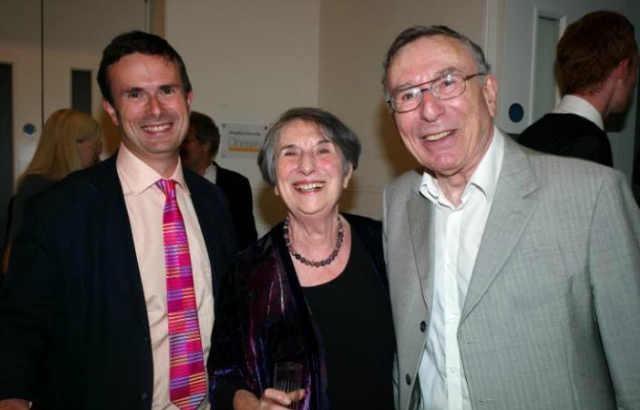 Lord Peston with his wife Helen and son Robert in 2010

Maurice Harry Peston was born in 1931, the son of Abraham Peston and Yetta R. Malt. He studied at the London School of Economics and Princeton University, and served in the Army Operations Research Group, before embarking on a highly distinguished career of scholarly achievement and public service. In 1987 he was created a life peer as Baron Peston, of Mile End, Greater London.

Professor Peston's academic work was concentrated in macroeconomics, public economics, and analysis of the British economy. His policy work included membership of the House of Lords Select Committee on Nationalised Industries, advisory roles in various government departments over a period of four decades, and chairmanship of the House of Lords Committee on Economic Affairs.

In recognition and now in memory of Lord Peston and his contributions to Queen Mary, the School has established the annual Peston Lecture, focusing on the interface between economics and public policy. Speakers in the series have included Mark Carney, David Currie, Charles Goodhart, Richard Lipsey, Robert Peston, and Martin Weale.