Collector of rarities, debunker of myths, inspiration to writers and doctors alike, conjuror of words, owner of a live ostrich and expert witness at a witch trial. Sir Thomas Browne is probably the greatest British genius the vast majority of British people have never even heard of. 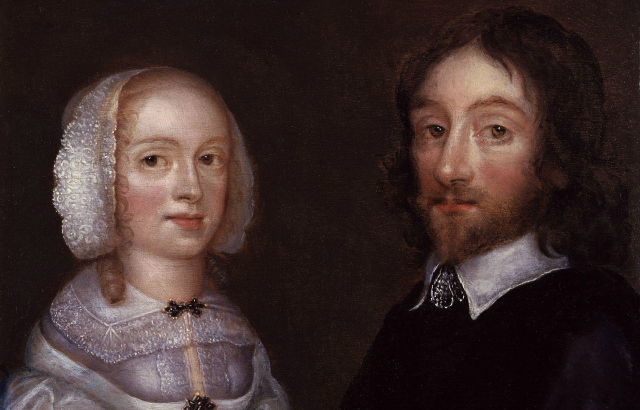 Thomas Browne with his wife Dorothy

From 30 January 2017 'A cabinet of rarities': the curious collections of Sir Thomas Browne, a new exhibition at the Royal College of Physicians – curated by researchers from Queen Mary University of London (QMUL) -  will invoke the spirit of this phenomenal figure from one of the most troubled and turbulent centuries in the nation’s history.

Browne was one of the most extraordinary and voracious minds of the 17th century. He coined more English words than anyone bar Shakespeare, and was an inspiration for writers from Samuel Taylor Coleridge to Edgar Allan Poe, Virginia Woolf and EM Forster to Armistead Maupin and Jorge Luis Borges.

The team behind 2016’s universally acclaimed ‘Scholar, courtier, magician: the lost library of John Dee’ working in partnership with QMUL, have assembled a remarkable collection of manuscript letters and notebooks, animal and plant specimens, books, paintings and artefacts to form a portrait of the man, close members of his family and the world in which he moved, and to suggest a fragment of Sir Thomas Browne’s own great ‘Cabinet of rarities’, all in celebration of his singular life and exceptional achievements.

"Sir Thomas Browne was an extraordinary man. A literary sensation and a celebrated physician. A seeker of curiosities almost without compare in his time, an exploder of myths, a coiner of new words, a connoisseur of exotic animals and collector of rare plants."

“During his life his fame spread far and wide, as did that of his remarkable collections, compared by John Evelyn to ‘a paradise’. Yet despite the fact that Browne has been loved by many writers, from Samuel Taylor Coleridge and Virginia Woolf, to Jorge Luis Borges, Roberto Calasso, W.G. Sebald and Paul Kalanithi; although one cannot speak or write the English language without recourse to the words he invented, from ‘electricity’ to ‘medical’ and ‘deductive’ to ‘anomalous’ and ‘coma’, the man himself has slipped, unaccountably, from public view.

“We hope that this exhibition, together with the collected edition of his works now in progress, will help restore this singular figure to his rightful place: as one of the most interesting men, not just of the 17th century, but of English literary history."