More Sex, Lies and the Ballot Box: Another Fifty Things You Need to Know About Elections

Why did the pollsters get the 2015 election so wrong, why are estate agents trusted more than politicians, and who would Santa vote for? These are among fifty topics explored by leading political scientists in More Sex, Lies and the Ballot Box, edited by Professor Philip Cowley from Queen Mary University of London and Professor Robert Ford from the University of Manchester. 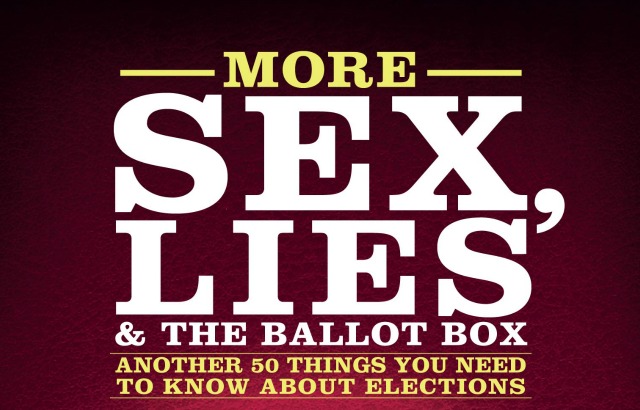 “The book is written by people who love elections. They look forward to the year’s elections with the same enthusiasm that normal people await Christmas. But this book, like the first one (Sex, Lies and the Ballot Box), is also written for another audience: those who don’t find elections as fascinating as we do, some of whom may even entertain the heretical thought that elections are a bit, well, dull,” said Professor Cowley.

Topics include: why campaigns don’t matter very much; why you should forget about Mondeo Man; why the polls were so wrong and why the betting markets aren’t always better than the polls; why (if you’re a Labour voter) you should kiss a Tory; why dead voters are a growing problem; how the weather affects turnout; and why negativity is positive.

“People sometimes make the mistake of trying to justify the study of elections and voting on the basis that they are an important part of democracy, which they are – but things can be important and interesting. At root, elections are interesting because they involve people – candidates, activists, voters, non-voters – and like most things involving people, explaining what they do and why they do it is not always straightforward. Sometimes it is depressing, sometimes it is uplifting, but it is always revealing,” said Professor Cowley.

Each chapter offers a 1000 word essay. Between them, they incorporate: polling, particularly the disaster of 2015, political geography, gender, sex, race, money, Scotland, candidates, partisanship, Wales, young people, trust, apathy, alienation, volatility, religion, which parties ‘own’ issues, manifestos, party members and supporters, candidates and class. The chapters are written by members of the Political Studies Association’s specialist group on Elections, Public Opinion and Parties (EPOP), which has been running for more than twenty years.

"Shrewd, witty, bravura de-bunking. The essential accessory for every political anorak. Each chapter is a cruel and forensic expose of the ill-informed clichés of political reporting. This book must be banned. The country's top political academics do their party pieces: bite-sized brilliant distillations of learning, like conjurers' table magic." - Gary Gibbon, Political Editor, Channel 4 News

"With political tumult everywhere, we need to know what influences voters... This book assembles an array of experts to tell us in crisp and pithy style." - Polly Toynbee, The Guardian