Around a quarter of a million Latin Americans live in the UK, with over half (145,000) in London. The Latin American population is one of the fastest growing migrant populations in London, with two-thirds having arrived since 2000. 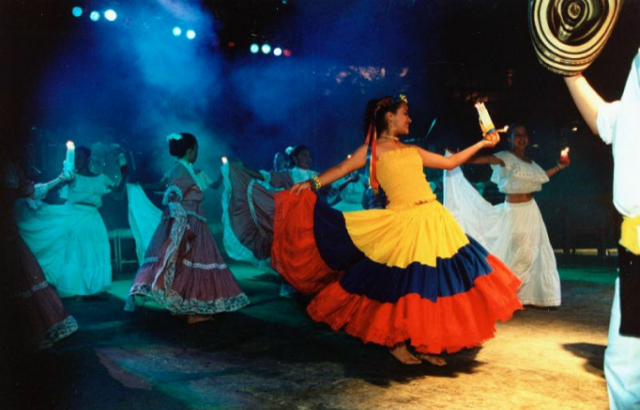 Official monitoring data on this group is sparse, limiting the ability of policymakers to plan appropriate services and make targeted policy interventions.

This new research, by the School of Geography, Queen Mary University of London, funded by independent charity Trust for London, sheds new light on the population and offers policy recommendations.

Country of origin and place in London

Brazilians are the largest national group, making up over a third of the Latin American population in London, followed by Colombians (around a fifth). The next largest groups are from Ecuador, Argentina, Venezuela and Mexico. The proportions are similar in the rest of the UK.

Of those living in the capital, more than two-thirds are in Inner London, with particularly large concentrations in Lambeth and Southwark, followed by Brent, Westminster, Wandsworth and Haringey.

It is a particularly young population with two-thirds aged under 40, though this is similar to other migrant populations in London. This age profile is perhaps why employment rates are high, at nearly 70%,

In addition, three-quarters of OLAs earn less than the London Living Wage (LLW), much higher than the London average of one fifth who earn below the LLW. Added to this is the fact that nearly half of OLAs have experienced problems at work. This includes around one in five not being paid for work carried out and nearly one in 10 experiencing verbal abuse.

Half of all Latin Americans in London live in private rental housing, double the average for London.

Their levels of access to health services remain low. For example, although 90 per cent of OLAs have used the NHS for themselves or their family, around one in six are not registered with a GP and nearly seven in 10 have not used a dentist.

“As one of London’s fastest growing migrant communities, Latin Americans make an essential contribution to how the city operates economically, socially and culturally. Yet only recently have Latin Americans begun to emerge from the shadows of invisibility as a population. While they are a diverse community, many end up having to work in low-paid jobs and live in poor quality housing because of their lack of English language skills, despite being very well educated.

“Yet in analysing two data sets of more established and more recently arrived Latin Americans, this research also shows that Latin Americans do integrate successfully as long as they receive support and recognition as a community”.

“As one of London’s significant ethnic minorities, the issues facing Latin American women and men need to be considered seriously. Public authorities need to officially recognise Latin Americans as a category in ethnic monitoring. Tackling the issue of low paid work, exploitation and in-work poverty in London is long overdue.

“Racism, sexism and abuse against migrants should be repelled in all its forms, and hate crime should be reported. Latin Americans will work together with other communities for the open and tolerant London that we believe in, and to celebrate the diversity that we feel so proud of. This is even more important in the wake of the vote for the UK to leave the European Union.’

Mubin Haq, Director of Policy and Grants at Trust for London, said:

“With the Olympics being held in Brazil in August, all eyes will soon be on Latin America. But what many people may not know, is that we have a vibrant and growing Latin American community right here in London. They are well-educated as a group but many of them find work as carers, cleaners and waiting staff – providing the infrastructure that we all need to keep the city running.

“The jobs they do are essential but with so many paid below the London Living Wage and sometimes not being paid at all, we need better employment rights for Latin Americans and all low-paid workers in the capital. In addition, providing English language classes to those who struggle with English could help London unlock a whole new wealth of skills and experience.”