Joseph Kabila will cling to power in the Democratic Republic of the Congo, says expert in African history

Dr Reuben Loffman from QMUL's School of History considers the future of Congolese politics and the country's President Joseph Kabila. 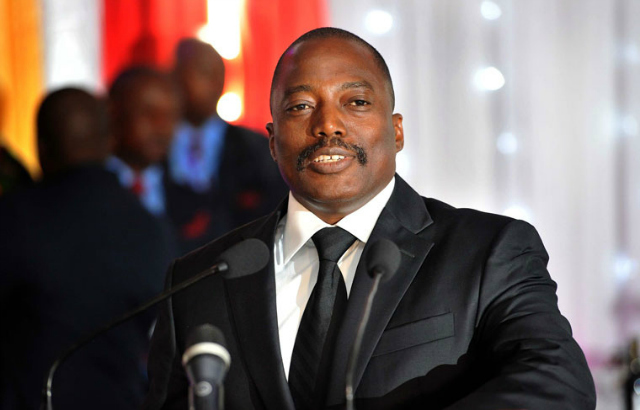 Joseph Kabila’s mandate as the President of the Democratic Republic of the Congo (DRC), sub-Saharan Africa’s largest country, has expired. Yet he clings to power.

The DRC’s Constitution allows for a President to serve two consecutive five year terms and so, given that Kabila’s first elected term began in November 2006, political convention would dictate that he step down and hold elections now.

Yet Kabila and his party, the Peoples’ Party for Reconciliation and Democracy (PPRD), are adamant that he will and should gain a third term in power – much to the chagrin of an apparently sizeable number of the population and much of the international community.

The President has cited a lack of funds, particularly on the part of the Electoral Commission, as the primary reason for the lack of presidential elections this December. Secondly, the decentralisation drive as mandated by the Constitution of 2006 was delayed until 2015 in a move many commentators saw as a deliberate attempt to stall elections.

Decentralisation, or découpage, is the process whereby eleven provinces will be split into twenty-six, each appointing their own administrations. Neither the delayed découpage process nor the lack of funds for the Electoral Commission amount to credible excuses for not holding elections.

The DRC Supreme Court has added to the ambiguity. The court ruled on the one hand that Kabila could not legally seek a third term in accordance with the Constitution. Yet this is complicated by a ruling in May 2016 that said Kabila could stay on in a caretaker capacity until elections were held. Many Congolese felt that the Supreme Court decision has facilitated Kabila’s clinging to power. These twin ‘betrayals’ led to street protests in December.

Many protested in the DRC’s major cities, and political opposition groups organised to lobby the government for elections and a swift transfer of power.

Opposition groups included the G7, formed of seven high profile politicians, and Alternance pour la République (AR). Many of these groups gathered under the umbrella of the Rassemblement, or Rally, in June this year, including high profile opposition figures such as Etienne Tshisekedi.

In October a number of parties involved with the Rally signed a deal with Kabila allowing him to stay on as President and for elections to be held by April 2018. In November, supposedly as a compromise with his opposition, Kabila appointed Samy Badibanga as his new Prime Minister in a power-sharing deal. However, this appointment looked to many opposition leaders like a device for Kabila to stay in power, perhaps even beyond April 2018.

Kabila’s biography and reign as President has given us some clues about how he will proceed in the current political impasse. He is not easily categorised. He is much more attuned the post-Cold War world than his late father, and can be a shrewd political operator. Yet he has retained the soldierly disposition and outlook acquired during his formative years in military school and during his command of a rebel unit in the 1990s. He is certainly no orator and looks distinctively uncomfortable in televised interviews, particularly those conducted in French or Lingala – languages that the Kinois (Kinshasa residents) are adept with but ones with which he as an easterner is a relative novice.

Kabila has proved himself willing to use brutal military force in the name of the state. In 2007, around 100 followers of the Bundu Dia Kongo protest movement lost their lives as they demonstrated against the state in the Lower Congo province. While this action cannot be directly attributed to Kabila it is hard to imagine it taking place without at least his tacit consent if not his actual encouragement.

In short, Kabila can be diplomatic, as he was when he took over the Congolese state in 2001 when he had to drum up diplomatic support for a beleaguered peace process, but he can be brutal when he feels threatened. He will have observed the cohort of leaders across the Great Lakes, not least Pierre Nkurunziza of Burundi, who have succeeded in gaining third terms for themselves and would have calculated, I’m sure, that he can join them.

He has clearly prepared for massive protests having bought weapons from North Korea for his army and police force. As the deadline for Kabila’s mandate came (and went), the Congolese government began to arrest protesters and shut down as much social media as they could to block further action against his rule. So, much to the disappointment and sheer anger of many across the world, it is hard to see Kabila’s rule being overturned any time soon. The political instability that will follow is extremely unpredictable and this is a region to watch in the early months of 2017.