Is George Osborne really the Political Chancellor, or just a hard-core Tory?

Political to his fingertips or a hard core Tory Chancellor? Professor Tim Bale considers the evolving and mercurial role of George Osborne. 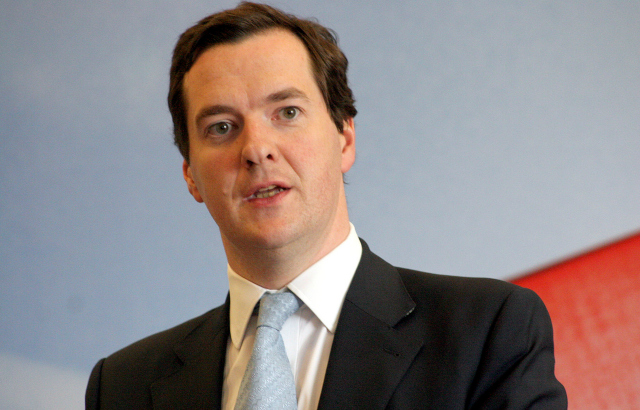 Is it actually possible for anyone to pen a portrait of George Osborne without using the phrase “political Chancellor” at least once? Even those of us who start out determined not to fall into that trap end up doing so before long.

Equally hard to avoid, it seems, is the tendency to note that Osborne “doesn’t always get the politics right”. Typical examples include his decision to signal “an age of austerity” prior to the 2010 election, which helped to worry an electorate that until then looked like it might give the Conservatives an overall majority. Then, of course, came his Ominshambles Budget in 2012. His taxes on Cornish pasties, caravans and grannies were widely credited with helping Labour get back in the game – albeit temporarily. And let’s not forget his embarrassing U-turn on tax credits in 2015.

After that comes an almost obligatory paragraph reminding us that the Chancellor nevertheless has an uncanny ability to bounce back from such setbacks. Those who write him off, we must be reminded, may be speaking too soon – particularly those who think he can’t take on Boris Johnson for the Tory leadership.

Clichés, of course, are clichés only because they contain a least a grain of truth. So, while it might be tempting to swim against the tide, and to insist that Osborne only ever thinks about the economy, always makes the right calls, and is bound one day to move next door, it would be silly. All the above applies, whether we like it or not.

But still, there may be more to be said, especially if we set aside our fascination with the micro and focus for a moment on the macro – and if we forget for the moment our obsession with his climbing, or failing to climb, to the top of Disraeli’s greasy pole.

What if instead we see Osborne as the servant of the party as much as its potential master – as an ideologue as much a member of what he apparently likes to refer to as “the guild”?

Seen in these terms, the Chancellor can only be regarded as a roaring success.

His austerity rhetoric may have ensured that the Tories didn’t score an outright win in 2010 but the chances of them doing so were always vanishingly small.

What it did do was to prepare the ground for what remains one of his signal achievements – turning a recession brought on by a global financial crisis into a tale of Labour profligacy and incompetence.

It’s a tale so convincing that (admittedly with some help from Ed Miliband and Ed Balls) it was still believed by many swing voters five years later. They refused to vote for Labour even in the wake of Osborne missing almost every economic target he had set for himself.

But Osborne didn’t stop there. He proceeded to prove, through a series of budgets and Autumn statements – at least to the satisfaction of sufficient numbers of voters – that the state really could survive on far less than was previously assumed possible.

At the same time, he cut both the eligibility for, and levels of, a whole series of state benefits. He has simultaneously saved a ton of money and utterly residualised “welfare”. Now, an increasing number of people see state support not as a vital safety net but as a sink into which we’ve no intention of pouring any more of our hard-earned cash than we’re absolutely forced to.

Yet Osborne has done this while, so far at least, providing sufficient (or at least sufficiently cosmetic) protection for those parts of the public realm which, however infuriating it might be for Conservative neoliberals, voters regard as non-negotiable. The most obvious examples here are the NHS and pensions.

Indeed, he’s been so careful to protect the latter that he’s turned it from a purely defensive measure into a devastatingly offensive electoral strategy. He has helped ensure that the proportion of over 65s prepared to vote Labour has plummeted – a particularly useful trick to pull off given how many of them, unlike their grandchildren, actually turn up at polling stations on election day.

He’s even managed to do that at the same time as helping to signal to the more middle-aged chattering classes, via measures such as supporting same-sex marriage, that the Tories aren’t necessarily the “nasty party” anymore.

The Chancellor, then, might not be the consummate politician, inevitably destined for the very top. But he has undoubtedly been the consummate Conservative, helping his party towards a hegemony which may only be partial but which, under the first-past-the-post electoral system and with the opposition fast fragmenting, looks good for at least a decade to come.

The columnist Gaby Hinsliff noted recently that “the liberal left is basically learning how it felt to be a Conservative in the 1990s: marginalised, defensive, feeling the argument slip away from you”. If there’s one man the Tories should thank for that, apart perhaps from Jeremy Corbyn, it’s George Osborne.

News story: Why Britain should allow the UK and EU Parliaments to talk after Brexit
20 May 2020