A biography of Karl Marx by a historian at Queen Mary University of London has met with international acclaim for its portrayal of the life and times of the 19th century philosopher. 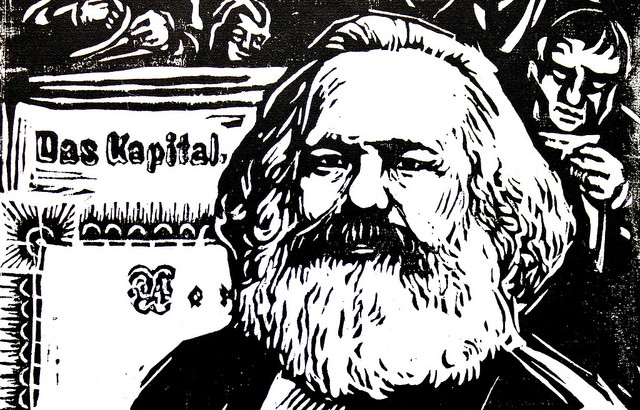 Greatness and Illusion by Professor Gareth Stedman Jones places Marx in his 19th century context, thus distinguishing between Marx the man and Marxism the movement.

Professor Stedman Jones says: “When it comes to Marx there is an embarrassing gap between image and reality. The book returns Marx to the 19th century, the period in which his ideas were formed.”

As the nineteenth century unfolded, its inhabitants had to come to terms with an unparalleled range of political, economic, religious and intellectual challenges. Distances shrank, new towns sprang up, and ingenious inventions transformed the industrial landscape. It was an era dominated by new ideas about God, human capacities, industry, revolution, empires and political systems - and above all, the shape of the future.

One of the most distinctive and arresting contributions to this debate was made by Karl Marx, the son of a Jewish convert in the Rhineland and a man whose entire life was devoted to making sense of the hopes and fears of the nineteenth century world.

Professor Stedman Jones's biography explores how Marx came to his revolutionary ideas in an age of intellectual ferment, and the impact they had on his times. It seeks to ask a question that remains pertinent to modern politics: In a world where so many things were changing so fast, would the coming age belong to those enthralled by the events which had brought this world into being, or to those who feared and loathed it?

Professor Stedman-Jones said: “The book is neither ‘hatchet job’ nor hagiography. What it seeks to do is consider the man in his true context and setting, separated from sometimes mythical and posthumous elaborations of his character and achievements.”

The book has been reviewed by The New Yorker, The Guardian, The Economist, The Financial Times, The New Republic, The New York Times, The Wall Street Journal, Times Literary Supplement, The Telegraph, and Prospect.