Festival celebrates the extraordinary impact of Shakespeare on Indian Cinema

Prominent director Vishal Bhardwaj has been announced as part of the line-up for Indian Shakespeares on Screen, a festival celebrating the influence of England’s most famous cultural icon on the world’s largest film industry. 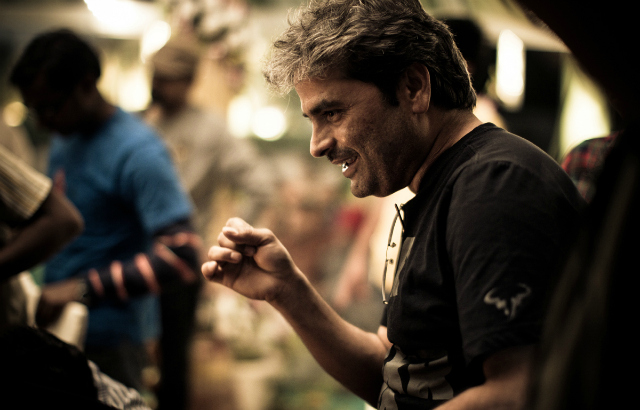 Bhardwaj gained huge acclaim in India for writing and directing adaptations of three Shakespearean classics: Maqbool (2003) from Macbeth, Omkara (2006) from Othello, and Haider (2014) from Hamlet. As part of the festival, which runs in London from 27 to 30 April, Bhardwaj and his scriptwriting team will take part in a panel discussion at Asia House, and hold a Q and A session alongside each film screening at the BFI.

Co-organiser and Shakespeare scholar Dr Preti Taneja, Queen Mary University of London (QMUL) and University of Warwick said: “I was surprised when Bhardwaj’s Haider – a brilliant interpretation of Hamlet set in Kashmir – was screened in just a handful of cinemas in the UK. It’s an incredibly powerful film about British colonialism and its after-effects on the Indian occupation of Kashmir. It’s critical of human rights abuses by the Indian army in the 1990s, in ways we rarely are allowed to see on screen.”

Indian Shakespeares on Screen will take place at London’s Asia House and the British Film Institute (BFI) Southbank during the week of Shakespeare’s Quarter Centenary Celebrations. The line-up includes talks, workshops, screenings and an exhibition of Indian film memorabilia.

Other highlights include a rare screening of Kaliyaatam in the company of its South Indian director Jayaraj. First shown in 1997, this acclaimed adaptation of Shakespeare’s Othello scooped Best Actor for Suresh Gopi (Kannan) and Best Director for Jayaraj at India’s National Film Awards.

Indian Shakespeares on Screen will also host an exclusive conversation about The Hungry - a Mumbai-based adaptation of Shakespeare’s Titus Andronicus - due to be filmed later in 2016. It will be co-produced by Film London and Indian production house Cinestaan. Speakers include Deborah Sathe, Head of Talent Development at Film London and Kurban Kassan, Producer at Cinestaan.

In collaboration with National Film Archive of India, the festival will display a unique exhibition of Indian Shakespeare cinematic memorabilia. Rare items such as stills from the shooting of lost film Khoon ka Khoon, the 1935 Hindi/Urdu Hamlet, as well as movie posters, scripts and audio, will all be on view at Asia House.