Energy security is a burning issue in a world where 1.4 billion people still have no access to electricity. A new book from QMUL's Professor Rafael Leal-Arcas focuses on finding solutions for energy security through the international trading system. Focusing mainly on the European Union as a case study, this holistic and comprehensive analysis of the existing legal and geopolitical instruments strives to identify the shortcomings of the international and EU energy trade governance systems, concluding with the notion of a European Energy Union and what the EU is politically prepared to accept as part of its unified energy security. 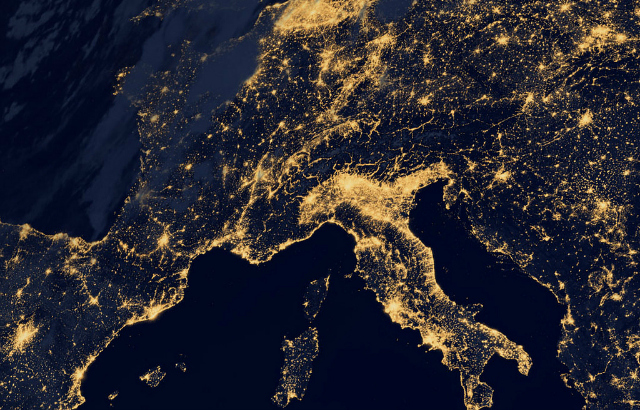 Until the entry into force of the long debated, but finally ratified in 2009 Lisbon Treaty, there was no express provision for the development of a common energy policy at the European Union (EU) level. The pre-Lisbon Treaty period was characterized by EU-level energy policy developments being an incidental function of the EU’s ‘environmental protection,’ ‘internal market’ and common commercial policy mandates. This position gradually shifted in the new millennium as a number of factors such as the increasing dependence on external energy sources, the lack of EU influence on the energy supply side and the potential failure of the EU to meet its climate change obligations under the Kyoto Protocol led to the recognition of the need for a pan-EU policy aimed at ensuring long-term energy security.

Secondly, and more crucially, a separate section on energy was included in the form of Article 194 of the Treaty on the Functioning of the European Union (TFEU). This provided that the Union would act in a ‘spirit of solidarity’ between EU Member States to “(a) ensure the functioning of the energy market; (b) ensure security of energy supply in the Union; and (c) promote energy efficiency and energy saving and the development of new and renewable forms of energy; and (d) promote the interconnection of energy networks.”

To what extent is energy policy driven or affected by political trends?

To a very large extent. In fact, in this new book we have conducted a holistic and comprehensive analysis of the existing legal and geopolitical instruments to identify the shortcomings of the international and EU energy trade governance systems.

To what extent does the EU need to diversify its energy supply?

The European Union has to rely on energy-rich countries for its energy needs. Since the EU is energy-dependent, it is necessary to propose models for enhanced governance of energy trade to promote energy security. The aim is to find ways so that this can be encouraged normatively. The expansion of the Energy Charter’s membership to countries in the Middle East and North Africa and to the Economic Community of West African States may be an avenue to enhance EU energy security through the creation of an infrastructure that will enhance international, long-distance trade in energy. Also, the promotion of sustainable energy use abroad may, in the long run, contribute towards EU energy security indirectly by making more efficient use of energy resources globally. This could be achieved through a variety of means that the European Commission has contemplated in successive communications. The book provides normative recommendations on how this could be facilitated.

Do you see nuclear energy as an obstacle or part of the solution to achieving energy security?

Why do you believe that shale oil and shale gas will “revolutionise” global energy politics?

Our argument in the book is that shale gas and shale oil will revolutionize world energy politics and economics. Irrespective of whether environmentally acceptable extraction technologies and political consensus for the extraction of unconventional sources of fossil fuel in Europe can be found, the EU will not be able to avoid its impacts on global energy markets and will have to adapt EU internal and external energy policies accordingly. Our book explains the current revolution of unconventional sources of fossil fuel and how it may geopolitically impact the EU.

Let me give you two facts: First, the European Union imports 53 per cent of its energy; and second, six EU countries depend entirely on Russia for their gas. Imagine for a moment if any one of the EU’s energy suppliers were cut off. Many of the EU’s energy suppliers are politically and economically fragile. This makes the EU vulnerable, as we saw in the recent Russia-Ukraine gas disputes. In addition, EU companies pay more for energy than their competitors. All of this has consequences for the EU’s economy and quality of life. So, the EU urgently needs to diversify its energy supply.

What is your vision for a single EU energy market? How would it work?

In the book, we explore future projects to enhance energy security. Chapter six asks the question how the EU can diversify its energy supply to improve its energy security. Energy security remains a vital issue for the EU, even more so in the wake of the events that unfolded in early 2014 in Ukraine. The EU’s already fragile position in the international energy arena in terms of supply security appears to be more uncertain than ever after umpteenth fall out with its historic energy supplier, Russia. This situation is untenable and calls for swift and decisive action to adequately tackle the issue once and for all. The chapter looks at the creation of a single EU energy market through integration of energy networks in the EU.

A way forward is through the so-called European Energy Union. The aim is to make it easier to trade energy inside the EU. In the past, there have been divisions between EU Member States when trying to draft a unified energy policy. The European Energy Union tries to rectify this deficiency.