Brexit and the future of UK trade 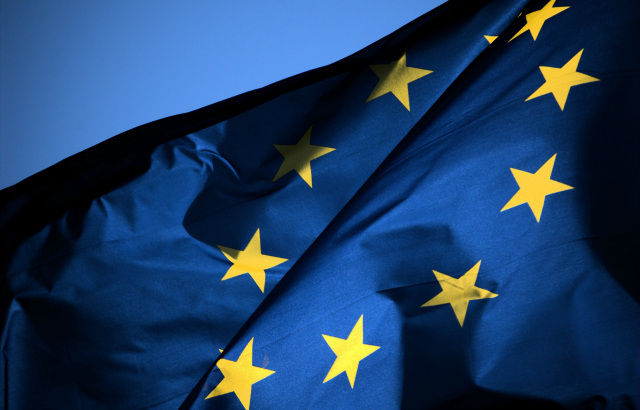 This short article addresses three points on Brexit: first, although the European Union (EU) has been around for 60 years, how is it that it is only now that everyone is talking about Brexit and other prospective exits? Second, what’s next in UK-EU trade relations after ‘B-day’? And third, Brexit is more than just trade. It concludes with possible solutions moving forward: a free-trade agreement between the UK and the EU with access to the single market but without free movement of persons would be the most sensible option for the UK-EU trade relations post-Brexit; another proposed solution is to have a Europe a’ deux vitesses, namely the fact that some EU Member States may wish to integrate faster and further.

How did we end up here?

From a political point of view, it is reasonable to assume that it was David Cameron’s political ambition that led clumsily to Brexit. The former Prime Minister of the UK promised the electorate a referendum on EU membership if reelected in the 2015 election. The referendum was ultimately held on 23 June 2016 for the UK to leave the EU, with a small majority voting to leave the EU.

What is less known is that, before the Treaty of Lisbon of 2009, the EU treaties did not offer the possibility to exit the EU. From a legal point of view, EU membership was like Catholic marriage: once married, there is no way out. This fact is one example of the current crisis of governance in the EU, as is the infamous democratic deficit that separates people from EU institutions. There is pandemic of apathy towards EU politics and institutions and today there are at least seven EU Member States which are openly Eurosceptic.

However, although before the Treaty of Lisbon no provision of any EU treaty allowed the right to withdraw from the EU, state practice did allow it. In 1973, the UK joined the European Economic Community. Two years later, a referendum to leave the club was held, and the other Member States did not oppose the UK referendum. One can infer from this practice that it was possible to leave the club even if no EU treaty allowed it explicitly.

The right of an EU Member State to divorce the EU is a creation of the unratified Constitutional Treaty of 2004. Roughly 95 per cent of that treaty is the Treaty of Lisbon, where Article 50 of the Treaty on European Union provides the right to exit the EU. One interesting procedural point on the difference between accession to and withdrawal from the EU is that, to join the EU, an agreement needs to be concluded between the old Member States and new Member State, whereas to leave the EU, the agreement needs to be concluded between the EU and the Member State that wishes to leave, not with the other Member States.

Once the UK notifies the European Council of its intention to withdraw, the two-year period starts, in accordance with Article 50.3 TEU. If EU and UK do not come to an agreement within two years on the content of withdrawal, exit will nevertheless happen automatically, ‘unless the European Council, in agreement with the Member State concerned, unanimously decides to extend this period.’ This would mean a situation where there would be no links between the UK and the EU, namely the Belarus model: the only European country that has no links with the EU. This explains why the UK government is so careful with its notification date to withdraw.

What’s next in UK-EU trade relations?

Below are five possible options for the UK-EU trade relations post-Brexit, classified in concentric circles from closest to furthest away from the EU.

a. The European Economic Area (EEA) – the Norway model

The option of the UK joining the EEA would be the closest option to EU membership. It would mean that the UK would not be in the EU, but would participate in the single market (namely free movement of goods, services, capital and persons). The UK would contribute to EU budget, but would have no right to vote in the EU Council of Ministers or the European Parliament. The UK would be bound by decisions of the EFTA court in Luxembourg.

b. The European Free Trade Association (EFTA) – the Swiss model

This option would mean that the UK would negotiate bilateral agreements with the EU to have access to the single market on a sector-by-sector basis.

c. A Customs Union with the EU - the Turkey model

The option of a customs union between the UK and the EU would be limited to trade in goods (industrial and agricultural products). It would not apply to trade in services.

This option would covers both goods and services, but differs from the Swiss approach in that today FTAs cover many topics well beyond trade: competition, investment, environmental protection, natural resources, intellectual property rights, labor rights, and so on.

This option is the furthest away from the EU and would mean a complete exit from the EU, where UK-EU trade relations would only be dealt with at the multilateral level in the context of the WTO. The UK would be one more of the 164 WTO Member States, with no preferential treatment from the EU or any EU Member State. Even if that were the most likely option resulting from Brexit, one could argue that the UK is the 5th largest economy in the world—after the US, China, Japan and Germany—and therefore in a strong macroeconomic position to do well in trade matters.

Brexit is more than trade

Potentially, Brexit could mean the end of the UK as we know it. I would not be surprised if Scotland’s second referendum to leave the UK resulted in the affirmative, which would be tragic for the UK. Scottish nationalists are keen to see this happen. Moreover, Scotland and Wales are allowed to intervene in the Brexit case before the UK Supreme Court in December 2016, whose result will be known in January 2017.

Furthermore, the UK is the second most successful EU country at getting major EU research grants, with first-class researchers in top-level UK universities. It benefits immensely from EU research funding. If a hard Brexit were to happen, this privileged situation would no longer exist.

Finally, the UK is a very important voice within the EU and in the world. It has a sophisticated diplomacy. Brexit would therefore mean a loss to the EU beyond trade.

An FTA between the UK and the EU with access to the single market but without free movement of persons would be the most sensible option for the UK-EU trade relations post-Brexit. Of the four fundamental freedoms (goods, services, capital and persons), free movement of persons is the problem for the UK. One should criticize the EU for being so rigid and fixated with an ‘all-or-nothing’ approach to the single market. EU senior officials such as Mario Draghi argue that all four freedoms must be respected.

But why should that be the case? Most EU FTAs do not offer free movement of persons. The EU recently concluded an FTA with Canada, namely the Comprehensive Economic and Trade Agreement (CETA). If CETA gives Canada extensive access to the single market in goods and services, but without free movement of persons, how could the EU not offer the same to the UK? Around 80 per cent of what the UK wants already exists via the many FTAs the EU has with third parties; the remaining 20 per cent is to be negotiated between the UK and the EU on delicate issues such as the banking sector. So why not give the British what they want?

The EU is trying to punish the UK for the outcome of the referendum, which is an infantile reaction. Moreover, the EU is afraid that, if Brexit is so attractive, other Member States will do the same, namely Frexit, et cetera. This would be the beginning of the end of the EU.

Another solution is to have a Europe a’ deux vitesses. This concept refers to the notion of variable geometry, namely that some EU Member States would move faster and integrate further.

To conclude, CETA could be used as a template for future UK-EU trade relations post-Brexit. Putting this offer on the negotiating table might be the best option.

Find out more about postgraduate study at QMUL's School of Law