Drinking a daily cup of beetroot juice has been shown to significantly lower blood pressure among patients with high blood pressure, according to scientists from Queen Mary University of London. 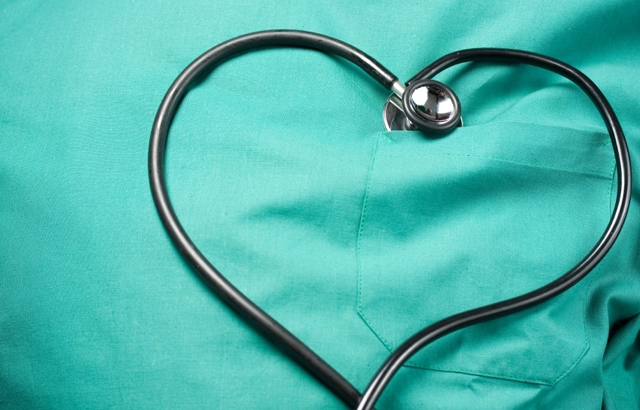 Patients with high blood pressure who drank a daily 250ml glass of beetroot juice experienced an average decrease in blood pressure of about 8/4 mmHg (which for many patients brought their blood pressure levels back into the ‘normal’ range). This is due to beetroot – and other leafy green vegetables such as lettuce and cabbage – containing high levels of the substance ‘inorganic nitrate’.

The potential importance of these findings is substantial as large-scale observational studies suggest that each 2mmHg increase in blood pressure increases the likelihood of death from heart disease by 7 per cent and stroke by 10 per cent.

Professor Amrita Ahluwalia, Lead Author, Queen Mary University of London, comments: “Diseases of the heart and blood vessels – which can cause heart attacks and strokes - remain the biggest cause of death worldwide. However, unlike some other serious illnesses, we are fortunate in that we can make certain lifestyle changes which dramatically improve our heart and blood vessel health. This research has proven that a daily inorganic nitrate dose can be as effective as medical intervention in reducing blood pressure and the best part is we can get it from beetroot and other leafy green vegetables.”

The double-blind Phase Two clinical trial, published in the journal Hypertension and funded by the British Heart Foundation, was carried out among 64 patients aged 18 – 85 years. Half of the patients were taking prescribed anti-hypertensive drugs but were failing to reach their target blood pressure, and the other half had been identified as having high blood pressure but not yet on medication.

During the study, patients in the intervention group also experienced an improvement of around 20 per cent in blood vessel dilation capacity and around a 10% reduction in arterial stiffness. These changes in blood vessel function have been shown, by other studies, to be associated with substantial reductions in heart disease. There were no adverse side effects from the daily dietary nitrate.

In the two weeks after the study period, the blood pressure readings among patients in the intervention group returned to their previous high levels.

There were no changes to blood pressure, blood vessel function or arterial stiffness among the placebo group during the study.

Professor Amrita Ahluwalia concludes: “These findings are exciting because we’ve now tested the effectiveness of dietary nitrate in reducing blood pressure in 64 patients, over a sustained period of time, and found it works. Plus it’s so easy for patients to work this into their daily lives and see a positive benefit. The next step will hopefully be to run a large-scale Phase Three clinical trial so we can determine whether the impact of dietary nitrate is sustained long-term, and whether this should be recommended in NHS guidelines.”

“It is hugely beneficial for people to be able to take steps in controlling their blood pressure through non-clinical means such as eating vegetables. We know many people don’t like taking drugs life-long when they feel ok, and because of this, medication compliance is a big issue.

“For those looking to work dietary nitrate into their daily diets, the trick is not to boil the vegetables – as dietary nitrate is water soluble – but steaming, roasting or drinking in a juice all has a positive effect.”

“This interesting study builds on previous research by this team and finds that a daily glass of beetroot juice can lower blood pressure in people with hypertension – even those whose high blood pressure was not controlled by drug treatment.

“The possibility of using a natural product, rather than another pill, to help lower blood pressure, is very appealing.  The trial is small however, and the next step will be to see if this result can be repeated in a much larger group of people with high blood pressure and over a longer period of time.”