Queen Mary University of London’s Barts Cancer Institute (BCI) celebrated its 10 year anniversary with a two day showcase of its research past and present, and launched a commemorative book entitled ‘Every Rational Attempt: The Stories Behind Barts’ Contribution to the Fight Against Cancer’. 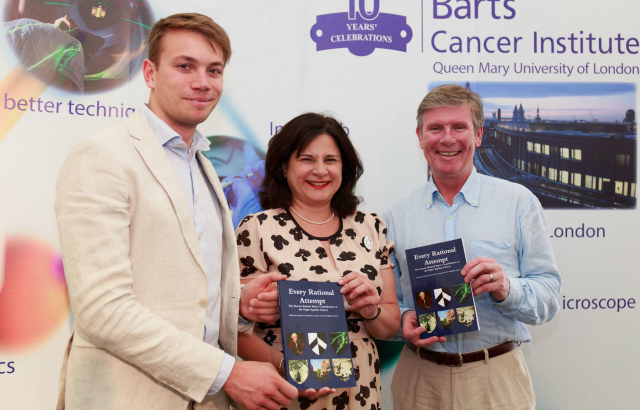 Written by academics, emeritus professors and even a former ward sister, the pioneering history of cancer research within BCI and the nearby internationally renowned hospital, St Bartholomew's, is recalled through anecdotes, personal recollections and major accomplishments spread over ten chapters.

Since its establishment 10 years ago, BCI has achieved a number of milestones in the fight against cancer, such as pioneering the first major development in the treatment of bladder cancer in the past 30 years.

During the last year significant research from the Institute has also changed the way cancer researchers target tumours for therapeutic intervention.

The book also details BCI’s recruitment of so many outstanding young investigators which has helped to ensure the Institute has continued to look forward and progress.

Professor Nick Lemoine, Director of BCI at Queen Mary University of London, comments: “We are immensely proud of our achievements over the last decade and are thrilled to be celebrating this milestone with our showcase event and book launch. The fight against cancer remains a long and challenging battle and we are committed to carrying out life-changing research that will translate into beneficial treatment for patients.”

If you would like to purchase the book or contribute to fundraising efforts for BCI’s cancer research email: bci-fundraising@qmul.ac.uk