At least 19 people died in a terrorist attack in Tunisia on 18 March 2015. In this article, Dr Sarah Wolff - Lecturer, School of Politics and International Relations - considers the implications for Tunisia "beyond the immediate horror" of the attack, and describes it as "a litmus test for the country’s democratic transition". 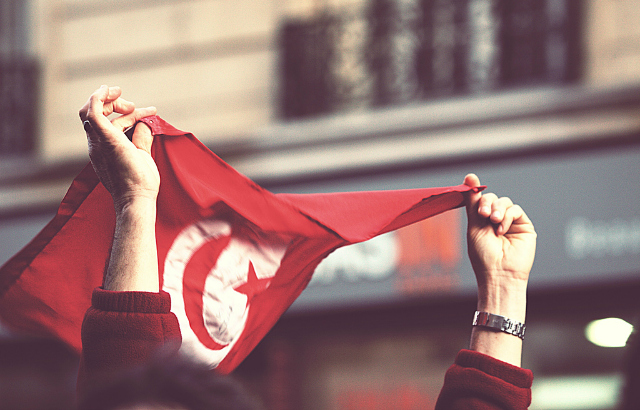 At least 19 people – including 17 tourists – are reported to be dead in Tunisia after armed men attacked the Bardo National Museum in the country’s capital.

Beyond the immediate horror, this incident is a litmus test for the country’s democratic transition and the political consensus that has made it a success so far. The obvious aim is to instill fear and to distract Tunisians from their ultimate goal of democracy and pluralism. But they must not fall into the trap

Sadly, these tactics will not come as a surprise for many Tunisians. They have learnt to live with the regular threat of destabilisation on the Libyan and Algerian borders.

Since the 2012 attack on the US embassy and the assassinations of politicians Chokri Belaid and Mohammed Brahmi, police officers and military personnel have been the targets of regular attacks in the region of Mont Chaambi. Throughout 2013 and 2014, several terrorist cells in Tunis were dismantled – in Oued Ellil and Ouardia.

This attack, though, is something new, staged as it was in the centre of Tunis, targeting civilians and, in particular, tourists.

Stability is at the heart of Tunisia’s democratic process and its economic future. The bullets fired in this attack could be heard from inside the Tunisian National Assembly, where members were meeting with the minister of justice, judges and several army generals to debate a draft counter-terrorism bill.

This is a hard blow for Nidaa Tounes, the governing party led by the Tunisian president, Mohamed Beji Caid Essebsi, and his bet on increased safety and stability to attract tourism and stimulate the economy. Tourism represents eight per cent of the GDP and 400.000 jobs, and has been seriously halted in the last couple of years.

Security is also crucial for maintaining foreign investments. Given the rise of youth unemployment to almost 40 per cent and the immediate fall of the Tunidex stock exchange index after the Bardo attacks, this is a serious setback for the Tunisian economy.

Beyond counter-terrorism action though, support from international partners for the economy and the democratisation process is now more needed than ever.

This is something that the US president, Barack Obama, has well understood by announcing US$1 billion of investment in young Tunisian entrepreneurs. And in the light of the huge challenge that attacks of this kind pose for the Tunisian economy, the US and the EU need to commit to speeding up their free trade agreements.

Winning the war against terrorism involves security in the short term but also in the longer term. That includes both economic and social security. Building a new social contract in Tunisia will take both security sector reform and meaningful outreach to young Tunisians.

Tunisia’s leaders will need to prove that they are not “regressively patrimonial” by taking security reform seriously. The government will need to do better than the recent incident in which a Tunisian blogger was jailed by a military court for three years on charges of defaming the army and insulting the military high command. Security should not come at the cost of fundamental rights.

In spite of the efforts of the Tunisian authorities, the judiciary system is still lagging behind. It has yet to bring to justice those responsible for the killing of 132 protesters and injury of many others in the month that preceded the fall of Ben Ali.

Meanwhile, the 2014 elections, although a democratic success, were also marked by low turn-out among young voters, highlighting a serious generation gap in Tunisian politics.

In order to bounce back from this attack, Nidaa Tounes’ leaders need to show they can unite beyond the coastal upper middle-class. The party’s interests in the business sector could impede reform and further alienate young Tunisians, who still have to contend with serious unemployment and poverty. That alienation cannot be dismissed out of hand, especially given that more than 3,000 young Tunisians have gone to fight in Iraq and Syria.

Those actions, next to consolidating democratic institutions and the rule of law, will nurture sustainable security, stability and prosperity in the long term.

Tunisia has made so much exemplary progress towards democracy and its citizens must not be discouraged by this attack. They must continue now, more than ever, to remind their government and the international community of their responsibilities to achieve those goals.

She also received the LISBOAN Research Award 2012 for her book ‘Freedom, Security and Justice after Lisbon and Stockholm’ (Asser, 2012; co-editors F. Goudappel and J. de Zwaan). Her current research focuses on EU engagement with Islamist political parties in North Africa.