The economic consequences of the Greek crisis

In this article, co-author Professor Brigitte Granville - School of Business and Management at QMUL - contends that default and exit from the eurozone would allow Greece to begin correcting past mistakes, and put its economy on the path to recovery and sustainable growth. 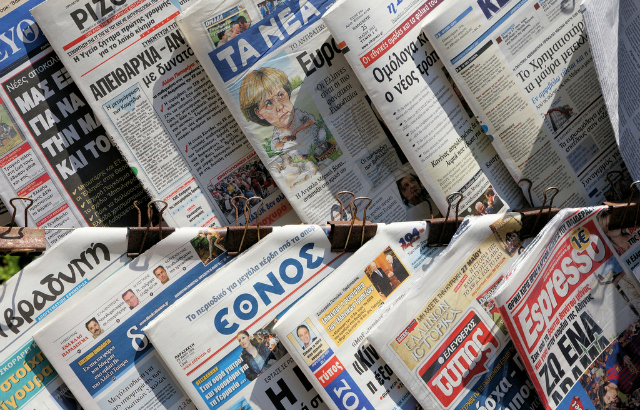 The first sentence of the 1957 Treaty of Rome – the founding document of what would eventually become the European Union – calls for “an ever-closer union among the peoples of Europe." Recently, however, that ideal has come under threat, undermined by its own political elite, which adopted a common currency while entirely neglecting the underlying fault lines.

Today, those cracks have been exposed – and widened – by the seemingly never-ending Greek crisis. And nowhere are they more evident than in Greece's relationship with the International Monetary Fund.

When the euro crisis erupted in 2010, European officials realized that they lacked the necessary expertise to manage the threat of sovereign defaults and the potential breakup of the monetary union. For EU officials, avoiding the eurozone's collapse became the top political imperative, so they turned to the IMF for help. The irregularities in the Fund's resulting intervention attest to how serious the eurozone's problems were – and continue to be.

For starters, the IMF's Articles of Agreement require it to interact only with entities that are fully accountable for the help received: a member country's “treasury, central bank, stabilization fund, or other similar fiscal agency." But the institutions with which the IMF is dealing in the eurozone are no longer responsible for their country's macroeconomic management; that power lies with the European Central Bank. In lending to Greece, it is as if the Fund had lent to a sub-national unit, such as a provincial or city government, without insisting on repayment guarantees from the national authorities.

Another problem is the sheer magnitude of the Fund's intervention. The size of the Greek debt necessitated lending on a scale far exceeding what other countries could expect. The “exceptional access" to IMF resources granted to Greece in 2010 was set at a “cumulative limit of 600 per cent" of the country's IMF quota, a measure of a country's financial commitment to the IMF. Instead, in April 2013, cumulative financing was programmed to peak at 3,212 per cent of Greece's quota.

The reason the IMF had to take on such huge exposure was Europe's initial refusal to contemplate debt reduction for Greece, owing to the authorities' fear that financial contagion would overwhelm the eurozone's firewall-free banking system. That decision resulted in uncertainty about the currency union's capacity to resolve the crisis and aggravated the contraction in Greek output. When a debt-restructuring agreement was finally reached in 2012, it provided a window for private creditors to reduce exposure by offloading their residual claims onto taxpayers.

Initially, the IMF took the official position that Greek debt was sustainable. But IMF staff knew otherwise. In 2013, the Fund admitted that its analysts knew that Greece's debt was not sustainable, but decided to go ahead with the programme “because of the fear that spillovers from Greece would threaten the euro area and the global economy."

In addition, from November 2010 to April 2013, the IMF revised downward its forecast for 2014 Greek nominal GDP by 27 per cent. This cast doubt on the transparency and accountability of the Fund's debt-sustainability projections. The implication is shocking: the IMF was unable to provide a credible framework for the adjustment that Greece would have to make.

This background provides crucial context for the ongoing negotiations, for it reveals that the aim of the Greek bailout was not to restore prosperity to the country's people, but to save the eurozone. Given this, the new Greek government is entirely justified in questioning the terms that the country was given.

The agreements previous administrations made will certainly reduce the range of policies available to the new government, especially with respect to debt reduction, which would require a unilateral default and withdrawal from the eurozone. But a democratically elected government need not be bound by its predecessors' commitments, and this is doubly true in the wake of an election that was a referendum on those very policies.

Ultimatums from unelected institutions that have compromised their own legitimacy have inflamed anti-EU sentiment across the continent. The single worst outcome of the current negotiations would be Greece's submission to its creditors' demands, with few concessions in return. Such a result would fuel greater public support for anti-EU parties and movements elsewhere, and would amount to a missed opportunity for Greece and Europe.

That opportunity is default and exit from the eurozone, which would allow Greece to begin correcting past mistakes and putting its economy on the path to recovery and sustainable growth. At that point, the EU would be wise to follow suit, by unraveling the currency union and providing debt reduction for its most distressed economies. Only then can the EU's founding ideals be realized.