QMUL students in the spotlight at Audrey Hepburn exhibition

Film students from Queen Mary University of London are playing a prominent role in one of the most eagerly awaited exhibitions of the summer, at London’s National Portrait Gallery. 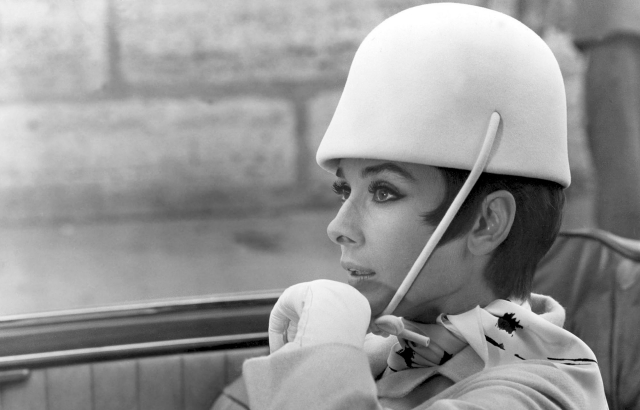 Audrey Hepburn: Portraits of an Icon celebrates one of the world’s most photographed and recognisable stars with an exhibition of more than 70 iconic images and 12 screenings of Hepburn’s most famous films, ten of which are introduced by film students from QMUL.

QMUL’s involvement is part of a broader collaboration between the National Portrait Gallery and Dr Lucy Bolton, Lecturer in Film Studies.

“Earlier this year, the curators of Portraits of an Icon, Terence Pepper and Claire Freestone, spoke at an event that I hosted about the life and work of Vivien Leigh. Since then the three of us have collaborated on our shared passion for star archives and exhibitions. Excitingly, the curators then asked if a group of our film students might be interested in introducing the Hepburn films throughout the exhibition,” said Dr Bolton.

The students are drawn from every stage of QMUL’s Film Studies programme, from undergraduate to doctoral level. Hollie Price, who was recently awarded a PhD, opened the series on 10 July, with an introductory talk about the 1953 romantic comedy, Roman Holiday.

“Filmed on location in Rome and at the Cinecitta Studios in the summer of 1952, Roman Holiday tells the story of Princess Ann (Hepburn), as she escapes the confines of her duties as a royal and experiences life on the outside of the palace walls. On its release, a review in the Daily Express stated that this film ‘gives Audrey Hepburn opportunities to look regal and pathetic, proud and sheepish, virtuous and mischievous’. So, whether she glides around a ballroom or smokes a cigarette in a street cafe, the ‘glamorous ordinariness’ of Hepburn’s performance bewitched 1950s audiences and established her as a star of the silver screen,” said Hollie.

On 1 October, Dr Lucy Bolton and curator Terence Pepper will host a public event at the gallery on Audrey Hepburn magazine covers from 1948 to the present day. The photography exhibition and screenings run at the National Portrait Gallery from July until 18 October 2015. The exhibition is organised with support from the Audrey Hepburn Estate and includes classic and rarely seen prints from leading twentieth-century photographers such as Richard Avedon, Cecil Beaton, Terry O’Neill, Norman Parkinson and Irving Penn.