Researchers at Queen Mary University of London (QMUL) have been granted special access to war bond ledgers, held at the Bank of England, which list those who helped to bankroll Britain’s war effort from 1914-1918. 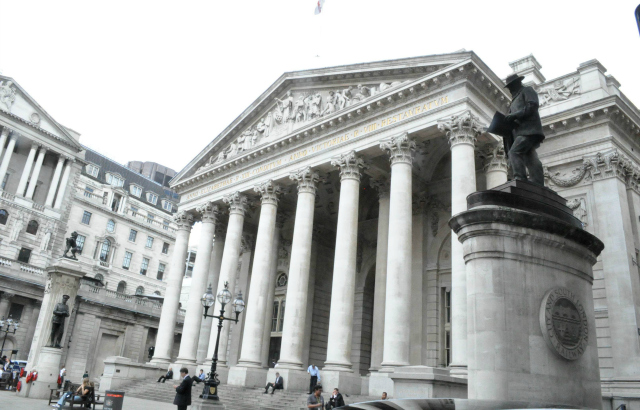 QMUL made the announcement as Chancellor of the Exchequer George Osborne prepares to repay the last outstanding war bond on Monday 9 March.

Researchers on the project will gain a ten-year ‘head start’ on accessing the Bank’s collection of 1,300 war bond stock ledgers, which will become progressively available to the public over the next decade. The ledgers, which have been closed for 100 years, list the many private investors who responded to the government’s desperate plea for investment during the Great War.

The research will be carried out by a PhD student, under guidance from Dr Alastair Owens, historical geographer at QMUL; Dr Dan Todman, historian at QMUL; and Dr Mike Anson, archive manager at the Bank of England.

“The project takes us back to a time of immense crisis in Britain. The government was worried not just about its military readiness, but its ability to pay for a campaign of such immense size, scope and duration. Britain was singularly unprepared for such enormous unplanned expenditure, and the First World War precipitated a financial crisis from which the country would not emerge for many years,” said Dr Owens.

According to Dr Anson, the research will help illuminate this important period in the Bank’s history and make the Bank’s significant Archive more open and accessible.

“The financing of the First World War presented a huge challenge in which the Bank of England played a critical role. Although we have a large amount of material from this period in the Archive we currently know very little about it. This project will improve the information in our online catalogue and highlight in greater detail what records are available, making this important episode the Bank’s long history more accessible.

“The results of the project will be of immense importance to historians, economists, and the great many people who seek a clearer understanding of the dynamics which underpinned wartime Britain. “

The project – funded by the Arts and Humanities Research Council – is the latest collaboration between QMUL and the Bank of England, and will ultimately lead to a new display and suite of learning materials at the Bank’s museum.