The preventive effect of breast cancer drug ‘tamoxifen’ remains virtually constant for at least 20 years – with rates reduced by around 30 per cent – new analysis published in The Lancet Oncology reveals. 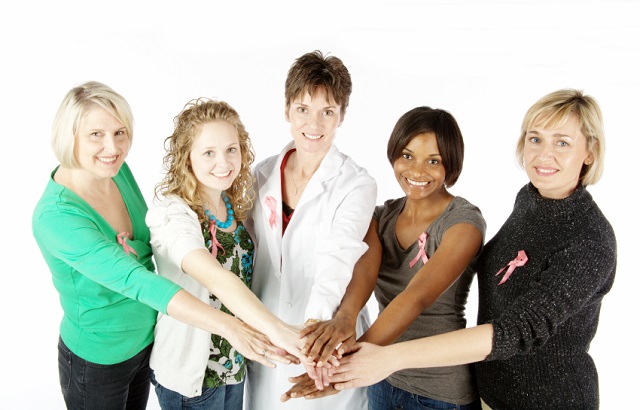 The IBIS-I trial (International Breast Cancer Intervention Study), led by Queen Mary University of London and funded by Cancer Research UK, examined the long-term risks and benefits of taking tamoxifen to prevent breast cancer in women at high risk of the disease (aged 35-70 years old, primarily with a family history of breast cancer).

During the study* 7,154 pre and post-menopausal women were randomised to receive either tamoxifen (20mg daily) or a matching placebo for five years. After completing treatment, the health of all participants was monitored with an average follow-up time of 16 years and maximum of 22 years.

The new and extended analysis, presented at the San Antonio Breast Cancer Symposium, revealed 251 women from the tamoxifen group versus 350 from the placebo group developed breast cancer – a reduction of 29 per cent. Oestrogen receptor (ER) positive invasive cancer (accounting for two thirds of all breast cancers**) was reduced by 35 per cent.

Professor Jack Cuzick, Lead Author and Head of the Centre for Cancer Prevention at Queen Mary University of London, comments: “Tamoxifen is a well-established and effective treatment for certain breast cancers, but we now have evidence of its very long-term preventive benefits. The preventive effect of tamoxifen is highly significant with a reduction in breast cancer rates of around a third, and this impact has remained strong and unabated for 20 years. We hope these results will stimulate more women, particularly younger women, to consider treatment options for breast cancer prevention if they have a family history of the disease or other major risk factors.”

A reduction in breast cancer specific deaths following tamoxifen treatment has not yet been seen (31 tamoxifen versus 26 placebo). In addition, five women receiving tamoxifen died from endometrial cancer compared to none in the placebo group. Deaths from other causes were very similar in both groups (146 tamoxifen versus 140 placebo).

Professor Jack Cuzick continues: “Despite a clear and continuing reduction in breast cancer rates, this has not yet resulted in a reduction in breast cancer deaths. However, the number of deaths is still small compared with the number of breast cancer cases – which is 10 times higher. We will need to continue monitoring these women for a further decade to get a clearer picture of the impact of tamoxifen on death rates. Some of the side effects of tamoxifen are also cause for concern and need continued monitoring – specifically the increased occurrence of endometrial cancer.”

The extended analysis of the IBIS-I trial is announced a year after the first results of the IBIS-II trial were released, which found taking the breast cancer drug anastrozole (an aromatase inhibitor) for five years reduced the chances of post-menopausal, high risk women developing the disease by 53 per cent compared with women who took a placebo.

Professor Cuzick concludes: “Breast cancer prevention has come a long way, with many more options now available to women at high risk of the disease. For most post-menopausal women, we believe another type of drug – an aromatase inhibitor, such as anastrozole – should be the drug of choice, as they are more effective than tamoxifen and have fewer side effects. Following our calls for NICE to include anastrozole in their clinical guidelines for breast cancer prevention, this is currently under consideration.

“However, for most premenopausal, high risk women, tamoxifen remains the only drug choice for breast cancer prevention and it is a good one – as shown by this new evidence.

“A healthy diet and increased physical activity can help to prevent breast cancer, but for high risk women a more powerful intervention is needed. This is where tamoxifen, which is already recommended by NICE, and anastrozole which we hope will one day be available, have a role to play.”