Young Londoners have travelled back in time some 100 years to discover how people lived, worked and died in the East End and what impact the area’s medical history has on the current generation. 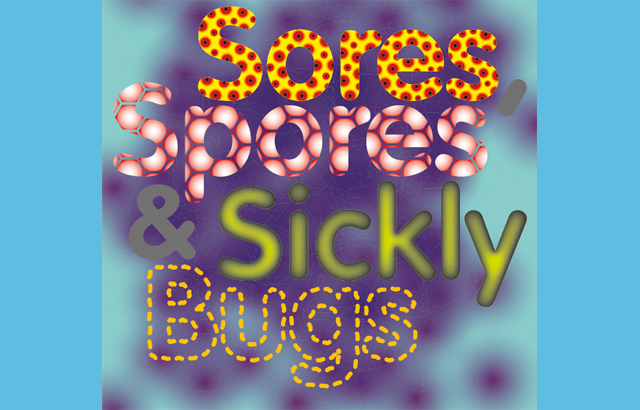 In a project launched by Queen Mary University of London’s science education hub Centre of the Cell, 14-18 year old east Londoners explored a number of archives and medical collections, including The Royal London Hospital Museum, the Wellcome Collection, the Old Operating Theatre and Barts Pathology Museum.

Having learnt valuable research and science communication skills, they will now explain their project findings through an interactive family workshop – ‘Sores, Spores and Sickly Bugs’ - to be trialled at the Idea Store, Watney Market, during February half term.

Visitors to the free workshops on Tuesday 18 and Wednesday 19 February can find out about children’s lives in the East End during the 1900s – how they lived, where they worked and what illnesses they suffered from. The workshop leaders will guide visitors through breakthrough discoveries and changes made to medical practice to understand how this affects our lives today.

Carla Valentine, the technical curator of Barts Pathology Museum at Queen Mary, will be hosting a visit from the project team to discuss the resurgence of certain killer diseases: “At the Museum, our collection of anatomical specimens dates back hundreds of years and includes examples of conditions that many people thought we’d never see again.

Unfortunately, both rickets and tuberculosis for example, are now making a comeback, especially in parts of London. Ineffective screening, anti-vaccination programmes and poor diets can all be to blame. It’s important that young people understand why these conditions are returning, and that medics know what to look out for.”

The team was formed by young people from a number of east London schools who are members of Centre of the Cell’s Youth Membership Scheme. The Scheme is open to all aged 14-19 and includes career mentoring sessions, trips, volunteering opportunities and involvement in the Youth Forum, which guides the popular Big Question Lecture series.

Attendance to the Idea Store family workshop ‘Sores, Spores and Sickly Bugs’ is free and no booking is required. The workshop is aimed at ages 7+ and parents or guardians are expected to stay with their children for the duration.

There will be further family medical history workshops during the Easter and Summer holidays, and from October 2014 the workshops will become part of Centre of the Cell's family and outreach programme, delivered to local schools.

The workshops are part of the Young Roots Project, run by Centre of the Cell and funded by the Heritage Lottery Fund.