A new combination of two different approaches – virotherapy and immunotherapy - is showing “great promise” as a treatment for pancreatic cancer, according to new research from QMUL. 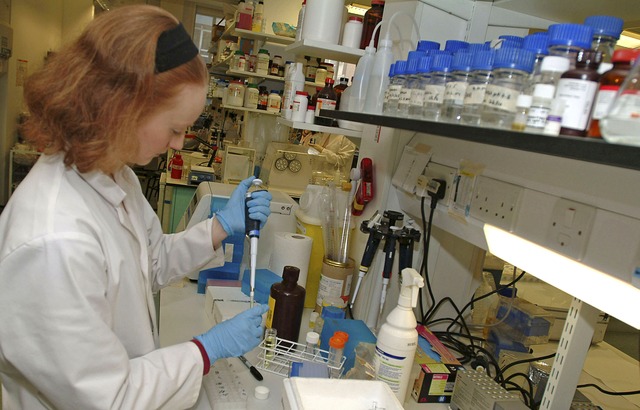 The study, funded by the UK charity Pancreatic Cancer Research Fund, investigated whether the effectiveness of the Vaccinia oncolytic virus – a virus modified to selectively infect and kill cancer cells - as a treatment for pancreatic cancer, would be improved by arming it with a gene which modulates the body’s immune system.

Despite laboratory studies which show that they can both kill cancer cells and provide immunity against cancer regrowth, oncolytic viruses have not performed well in clinical trials, as the immune system naturally attacks the virus before it can be effective.

The QMUL team, at Barts Cancer Institute, armed the Vaccinia virus with a copy of the interleukin-10 (IL-10) gene, which would express proteins in the cancer cell once infected by the Vaccinia. These proteins are important in cell signalling - but are also known to dampen the immune response - and the researchers hoped that this would allow the virus to take hold and persist for longer.

“Many viruses use IL-10 to hide from the host’s immune system, so we thought we’d use this natural strategy to investigate whether it would improve Vaccinia’s effectiveness,” said Dr Yaohe Wang, who led the research.

The research team first confirmed in the cell lines that arming Vaccinia with IL-10 would not compromise Vaccinia’s anti-cancer effects. They then conducted tests comparing the effectiveness of Vaccinia and Vaccinia armed with IL-10 on mice with pancreatic cancer and a group of transgenic mice specially bred to develop a more human form of the disease.

In the transgenic mice group, the average survival rate almost doubled from 69.7 days for 138.5 days.

Interestingly, the regrowth was much slower in the mice originally treated with IL-10 armed Vaccinia and the mice in this group were free of cancer in only 18 days.

“This corresponds with recently published research which has suggested that IL-10 has its own anticancer properties when delivered directly into tumour tissue,” says Dr Wang.

He continued: “These are exciting results, but we still have several questions. Our results show that in mice IL-10 suppresses antiviral immunity but boosts anti-tumour immunity - but exactly how IL-10 makes this happen remains unclear. This is something we’re already investigating as understanding this mechanism will provide a foundation for designing clinical trials to treat pancreatic cancer with this IL-10 armed virus.”

Maggie Blanks, CEO of the Pancreatic Cancer Research Fund said: “Much more research is needed, but these early results show there’s some potential here. Pancreatic cancer desperately needs a radical new approach to see improvement in survival, so a new treatment that also offers protection against disease recurrence would be an extremely important development.”