People in London and the south east will see improvements in their healthcare, after an NHS England announcement that medical research will be fast-tracked to frontline NHS services. 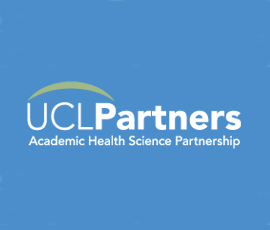 The Department of Health confirmed today (Thursday 23 May) the designation by NHS England of 15 new Academic Health Science Networks (AHSNs) covering the whole of the UK. The established health and science network UCLPartners – of which Queen Mary, University of London is a member – has been named as one of these AHSNs.

UCLPartners had previously been one of five accredited academic health science systems in the UK, aiming to translate research and innovation into real improvements for patients and populations – in London, across the UK, and globally.

UCLPartners is the only AHSN that is already delivering quality improvements to healthcare at scale. It is also one of the largest in the country, serving a diverse population of over six million people in north east and north central London, south and west Hertfordshire, south Bedfordshire and south west and mid Essex.

Professor David Fish, Managing Director of UCLPartners says: “We have some of the country’s leading experts within our general practices, hospitals, community health providers and universities. Together we can achieve greater benefits than are possible when organisations or individuals work in isolation. Our ambition is to improve patient care and make better use of innovation and research to drive economic benefits for the population we serve.”

Through a more joined up approach to healthcare, UCLPartners is already delivering direct benefits to patients and their families. One example is its partners’ work to reduce cardiac arrests among patients in hospital. A network of researchers and clinicians from 15 hospitals are sharing best practice in how to identify early signs of deterioration among patients in hospital. This initiative has halved the number of cardiac arrests on wards in some hospitals.

NHS England’s Chief Executive, Sir David Nicholson, said: “The NHS is full of brilliant people with brilliant ideas. To spread ideas right across the NHS means working collaboratively with all those who have an interest.

“AHSNs offer a more systematic delivery mechanism so that innovation spreads quickly and successfully through the NHS, making the best possible use of precious NHS resources and in ensuring the most advanced treatments, technologies and medicines are available to patients.”