Tamoxifen and three similar drugs reduce breast cancer incidence by 38 per cent in women at an increased risk of the disease according to a new study led by Queen Mary, University of London, published today in The Lancet. 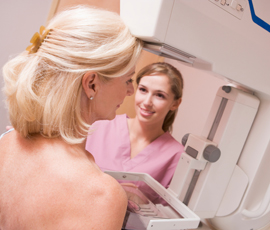 In the most comprehensive study to date, funded by Cancer Research UK, scientists calculate that one breast cancer would be prevented for every 42 women who took the drug for five years and were followed for a further five.

Researchers examined the records of more than 83,000 women to review the effectiveness of four specific drugs - tamoxifen, raloxifene, arzoxifene, and lasofoxifene. These are known as selective oestrogen receptor modulators (SERMs).

In this new analysis of nine trials the investigators found that women taking SERMs were 38 per cent less likely to develop breast cancer than those given placebo. This was due to a reduction in ER-positive disease and no effect was noted for ER-negative breast cancers. The reduction was larger in the first five years of follow-up (42 per cent in first five years versus 25 per cent in years five to 10).

Professor Jack Cuzick, Head of Cancer Prevention at the Wolfson Institute of Preventive Medicine at Queen Mary, who led the research, said: “These are very encouraging results and pave the way for more widespread use of these drugs in high risk women in a manner similar to the way statins and blood pressure lowering drugs are used to reduce the risk of heart disease and stroke.”

Researchers also examined the number of side-effects of the drugs. All four drugs increased the risk of blood clots, but only tamoxifen showed an increase in endometrial cancers. The increase in cases fell after women stopped taking the drug.

Professor Cuzick highlights lasofoxifene as a priority for future prevention research. He said: “It not only had a large effect on breast cancer incidence (reduction of 81 per cent) but also showed benefit for stroke (reduction of 36 per cent), cardiac events (32 per cent) and vertebral fractures (42 per cent), with no increase in endometrial cancer.

“Unfortunately, at the present time, none of these drugs are being actively marketed for breast cancer prevention, and approval by the US Food and Drug Administration or any other regulatory authority for this indication will probably not be sought for lasofoxifene or arzoxifene.”

The direct comparison of tamoxifen with raloxifene showed that raloxifene is less effective than tamoxifen, but has fewer side-effects.

Women currently use the drugs for five years as part of their breast cancer treatment but they are not approved as a preventive drug for the disease in the UK.

Hazel Nunn, Cancer Research UK’s head of health information, said: “These results provide some of the clearest evidence to date of the ability of these drugs to prevent breast cancer. The study also offers clarity on the side effects these drugs can cause. Breast cancer is the most common cancer in the UK, and it’s research like this that will reduce the number of women diagnosed with the disease.

“With the final guidance due from NICE on whether these drugs should be used to prevent breast cancer, we look forward to the possibility of women having more options to reduce their risk. These drugs have a range of side-effects though, so it remains vital that women understand and discuss their personal breast cancer risk with their doctors.”