Researchers from Queen Mary, University of London have led the largest sequencing study of human disease to date, investigating the genetic basis of six autoimmune diseases. 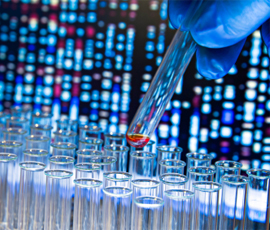 The exact cause of these diseases – autoimmune thyroid disease, coeliac disease, Crohn’s disease, psoriasis, multiple sclerosis and type 1 diabetes– is unknown, but is believed to be a complex combination of genetic and environmental factors. In each disease only a proportion of the heritability is explained by the identified genetic variants. The techniques used to date, have generally identified common (in the population) variants of weak effect.

In this study, using high-throughput sequencing techniques,a global team of scientists sought to identify new variants, including rare and potentially high risk ones, in 25 previously identified risk genes in a sample of nearly 42,000 individuals (24,892 with autoimmune disease and 17,019 controls).

It has been suggested – in the ‘rare-variant synthetic genome-wide association hypothesis’ – that a small number of rare variants in risk genes are likely to be a major cause of the heritability of these conditions.   However, the study published today in the journal Nature, suggests that the genetic risk of these diseases more likely involves a complex combination of hundreds of weak-effect variants which are each common in the population.

The authors estimate that rare variants in these risk genes account for only around three per cent of the heritability of these conditions that can be explained by common variants.

David van Heel, Professor of Gastrointestinal Genetics at Barts and The London School of Medicine and Dentistry at Queen Mary and director of the Barts and The London Genome Centre, led the study. He said: “These results suggests that risk for these autoimmune diseases is not due to a few high-risk genetic variations but seems rather due to a random selection from many common genetic variants which each have a weak effect.

“For each disease there are probably hundreds such variants and the genetic risk is likely to come from inheriting a large number of these variants from both parents. If this is the case then it may never be possible to accurately predict an individual’s genetic risk of these common autoimmune diseases. However, the results do provide important information about the biological basis of these conditions and the pathways involved, which could lead to the identification new drug targets.”

The research utilised high-throughput sequencing techniques performed at the Barts and The London Genome Centre and demonstrated for the first time that the sequencing can call genotypes as accurately as ‘gold standard techniques’ such as genotyping array platforms. Additional laboratory work was carried out at the Blizard institute at Queen Mary.

Professor Richard Trembath, Vice Principal and Executive Dean for Health at Barts and The London School of Medicine and Dentistry, Queen Mary, and a co-author on the paper said: “The results prompt a re-assessment of the genetic architecture that determines risk for development of common auto-immune disorders and will fuel future careful assessment of regions of the human genome beyond those presently known to confer susceptibility to these important medical conditions.”

This study was primarily funded by the Medical Research Council with additional funding from Coeliac UK.