Rehabilitation therapies can lead to recovery from chronic fatigue syndrome

Research led by Queen Mary, University of London, has shown that recovery from chronic fatigue syndrome (CFS) is possible for some patients, and has identified two treatments most likely to lead to recovery. 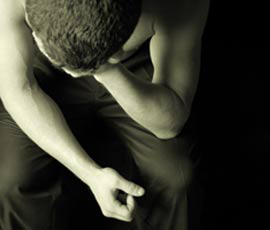 The latest results from the PACE trial* show that cognitive behaviour therapy (CBT) and graded exercise therapy (GET),  as supplements to specialist medical care, increase the likelihood of recovery from CFS three-fold compared to other treatments studied. The trial, carried out in collaboration with researchers from King’s College London, the University of Oxford and the Medical Research Council (MRC), is published today in Psychological Medicine.

CFS is a long-term and debilitating condition that affects around 250,000 people in the UK. Symptoms include profound physical and mental fatigue (characteristically made worse by exertion), muscle and joint pain, disturbed sleep and both concentration and memory problems. The researchers studied 640 participants with CFS who were randomised into one of four treatment groups:

Evidence for recovery was assessed one year after participants were randomly allocated to treatments.

Previous published results showed that both CBT and GET led to greater reductions in symptoms and disability than either APT or SMC. In this analysis the researchers have gone a step further and examined how many patients had recovered from their illness after these treatments. Patients were classed as recovered if they no longer met several criteria for ill health which were initially used to define eligibility for the trial. These included not suffering from significant fatigue or physical disability, and no longer meeting diagnostic criteria for CFS. Patients also had to rate themselves as being “much” or “very much better” in their overall health.

Peter White, Professor of Psychological Medicine at Barts and the London School of Medicine and Dentistry, part of Queen Mary, was the lead co-principal investigator of the PACE trial and co-author of the latest paper.

Professor White said: “This is good news and shows that recovery from this debilitating condition is possible for some patients. We now need to go further to understand why only a relatively small proportion of patients recover, which shows how much this condition varies between individuals; one treatment is unlikely to work for everyone.

“Some people may question the use of the term ‘recovery’, and how to define when a patient is ‘recovered’ was a key issue we faced. We focussed on recovery from the current episode of the illness and used several measures of both symptoms and disability to give us the most complete picture possible. Further analysis is needed to see if recovery is sustained in the long-term.”

Professor Michael Sharpe, University of Oxford co-principal investigator of the PACE trial and co-author of the latest paper, said: “The rehabilitative treatments of CBT and GET for CFS have been controversial. This analysis of the PACE trial data shows that not only do they achieve improvements in the majority, but that they can also lead to recovery in a substantial minority.”

Professor Trudie Chalder from King’s College London’s Institute of Psychiatry, said: “The fact that people can recover from chronic fatigue syndrome is excellent news. Healthcare professionals can now be more confident in sharing this possibility with patients, many of whom are understandably concerned about their future.”

The paper is freely available to read at http://journals.cambridge.org/psm/White