Expert panel makes recommendation to government on drugs and driving

An independent panel of experts, including an academic from Queen Mary, University of London, which was tasked by the government to make recommendations regarding drugs and driving, has published its report. 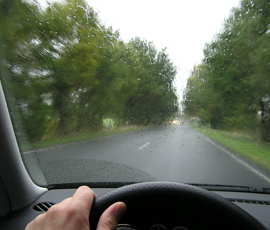 Atholl Johnston, Professor of Clinical Pharmacology at Queen Mary, was one of the panel of experts asked by the Department for Transport in April 2012 to make recommendations about which drugs listed in the Misuse of Drugs Act (1971) should be included in regulations for the new drug-driving offence. They were also asked to consider what thresholds for these drugs should be set in regulations to improve road safety.

Professor Johnston regularly gives evidence to the courts in relation to drugs, alcohol, and driving and was appointed to the panel for his expertise in the assessment of drug action in humans and the measurement of drugs in biological fluids.

The government is introducing a new offence of driving or being in charge of a motor vehicle with a specified controlled drug in the body. The new offence is included in the Crime and Courts Bill, currently before Parliament.

The report from the independent panel, which was led by Dr Kim Wolff, Reader in Addiction Science at King’s College London, will now be considered by the government as it develops specific proposals regarding the drugs to be specified in regulations for the new offence. These proposals will be subject to a public consultation.

Professor Atholl Johnston said: “Driving while impaired by drugs is dangerous. The recommendations of the panel, supported by scientific evidence, set out limits for the concentrations of drugs in blood that would bring the prosecution of the offence of drug-driving in-line with that of drink-driving.

“The panel also recognised that the impairment in driving ability caused by the combination of drugs and alcohol is more serious than either alone and proposes lower limits for drugs and alcohol when both are present."

Dr Kim Woolff said: “The panel is grateful to have been given the opportunity to collate the drug-driving literature in such a comprehensive way and is satisfied that the strength of the evidence is extremely compelling.

“The panel recognises the complexity of the report findings and the potential wide-ranging impact of the recommendations on healthcare professionals, the police authorities and the general public, and urges the government to take into consideration the robust evidence we have gathered in relation to the new drug driving legislation.”

Driving under the Influence of Drugs – an Independent Report by the Expert Panel is published online here along with a written ministerial statement from Stephen Hammond MP, Parliamentary Under Secretary of State for Transport.