Are people really staring at you?

People often think that other people are staring at them even when they are not, vision scientists have found. 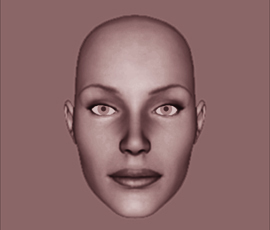 In a new article published in Current Biology, researchers at Queen Mary, University of London and The Vision Centre at The University of Sydney in Australia reveal that, when in doubt, the human brain is more likely to tell its owner that they are under the gaze of another person.

Direct gaze is often a social cue in a conversation and abnormal gaze behaviour has been linked to conditions such as autism and schizophrenia.  To tell if they are under someone’s gaze, people look at the position of the other person’s eyes and the direction of their heads. These visual cues are then sent to the brain where there are specific areas that compute this information.

To test this, the scientists created images of faces and asked people to observe where the faces were looking.

“We tested the observer’s ability to determine where the gazes of the computer generated were directed,” said Dr Isabelle Mareschal, from Queen Mary’s School of Biological and Chemical Sciences.

“We then made it difficult for the observer by obscuring the direction of the gaze by rotating the heads from the previous positions. Even when the observers were uncertain, they were more likely to judge that the gaze was directed at them.”

There is also evidence that babies have a preference for direct gaze, which suggests that this bias is innate, says co-author Professor Colin Clifford of The Vision Centre and The University of Sydney.

“It’s important that we find out whether it’s innate or learned – and how this might affect people with certain mental conditions.

“Research has shown, for example, that people who have autism are less able to tell whether someone is looking at them. People with social anxiety, on the other hand, have a higher tendency to think that they are under the stare of others.

“So if it is a learned behaviour, we could help them practice this task – one possibility is letting them observe a lot of faces with different eyes and head directions, and giving them feedback on whether their observations are accurate.”

The study “Humans have an expectation that gaze is directed toward them” by Isabelle Mareschal, Andrew J. Calder and Colin W.G. Clifford has been published in the latest issue of Current Biology. See: http://www.cell.com/current-biology/retrieve/pii/S0960982213003321