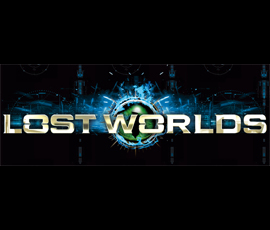 The author of the Young Sherlock Holmes series will read from Lost Worlds, a book following ‘cryptozoologist extraordinaire’ Calum Challenger, a disabled 15-year-old boy on a mission to track down supposedly mythological creatures and capture their DNA.

While Calum and his friends - a computer hacker, a free runner, an ex-marine and a pathological liar - want to save these beings and find a cure for Calum’s paralysis, an aggressive pharmaceutical company aims to wipe them out.

Queen Mary’s popular Victorian medical museum at West Smithfield holds a regular series of lectures and workshops, but most are aimed at ages 18 and over. The Museum is located within the grounds of St Bartholomew’s Hospital, the place Sir Arthur Conan Doyle chose for his characters Holmes and Watson to have their first meeting.

The Lost Worlds event at Barts Pathology Museum is open to children from ages nine upward, but they must be accompanied by an adult. Parents should be aware that the Museum’s public floor contains human tissue specimens and skeletons, all over 100 years old.

Admission is £4, which includes refreshments and a Lost Worlds postcard. Tickets must be booked in advance through the Queen Mary eshop: http://bit.ly/10tU8CJ

This event is part-funded by Culture 24 to celebrate Barts Pathology Museum’s second place position in the recent Connect 10 arts competition for museums and galleries.

For more information about the Museum and its 2013 series of events, visit Technical Assistant Curator Carla Valentine’s blog: http://potts-pots.blogspot.co.uk/ or email c.connolly@qmul.ac.uk