Queen Mary University of London has been named among the top universities in the world in the influential Times Higher Education World University Rankings 2013-14, after rising more than 30 places in one year to 114th position. 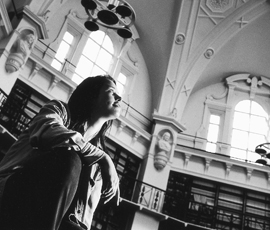 The Rankings also place Queen Mary at 14th position in the UK, up from 145th globally and 21st in the UK last year.

Barts and The London School of Medicine and Dentistry at Queen Mary is rated 8th in the country and 57th in the world for health subjects.

The latest THE ranking follows the QS World University Rankings 2013/14, released in September, which placed Queen Mary in 115th position globally - a rise of 32 places in one year.

The Times Higher Education league table, which is now in its 10th year, is based on 13 separate performance indicators grouped into five areas: teaching, research, citations, income from industry and international outlook.

With a score of 88/100, Queen Mary receives a high rating for its international outlook - a category that focuses on diversity on campus for both staff and students and how much a university’s academics collaborate with colleagues across the world on research projects.

The university has also seen the influence of its research increase, with a score of 87/100 for research citations, up from 85 last year.

An interview with THE’s editor Phil Baty was filmed within the Blizard Institute, part of Queen Mary’s medical school:  http://www.timeshighereducation.co.uk/world-university-rankings/