Queen Mary University of London continues to rank in the UK top 30 and the top one per cent of universities world-wide, according to the 2013 Academic Ranking of World Universities. 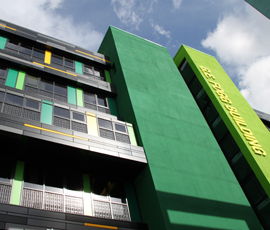 Since 2003, ARWU has presented an annual chart of the world’s top universities. Six indicators are used, including the number of alumni and staff winning Nobel Prizes and Fields Medals, the number of Highly Cited Researchers, and the number of articles published in leading journals.