Three Queen Mary University of London academics have been admitted to the UK’s national body for social scientists, in recognition of their distinguished contribution to the field. 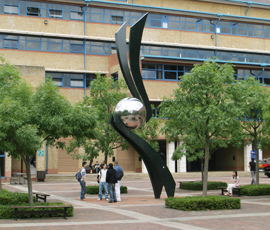 Jon May, Professor of Geography; Perri 6, Professor in Public Management; and Michèle Barrett, Professor of Modern Literary and Cultural Theory, are among 51 international academics to be appointed to the Academy of Social Sciences this year.

Professor Michèle Barrett of the School of English and Drama is a distinguished social and cultural theorist, with long-standing expertise in ideology, aesthetics, and gender. She is a noted editor and scholar of Virginia Woolf’s writing.  Her current work focuses on the literature and art of the First World War, including the literary representation of shell shock, and the treatment of war casualties outside Europe.

Professor Perri 6 directs the Masters’ programme in Public Administration at Queen Mary’s School of Business and Management and specialises in thought styles, political judgement and decision making in executive government. His work looks at various aspects of organisational decisions and policy implementation, such as how public policy can change the behaviour of citizens. Recent books include Principles of methodology: research design in social science (2012) and Explaining political judgement (2011). Having recently completed a prestigious Leverhulme Trust Major Research Fellowship, he will soon publish a series of articles on the unintended policy consequences of styles of political judgement, a major work explaining change over time in styles of political judgement in British government, and a further book on the late anthropological theorist Professor Dame Mary Douglas. Professor 6’s new research programme will examine decision making in government in the wake of major surprises.

Professor Jon May is Deputy Dean for Research in the Faculty of Humanities and Social Sciences at Queen Mary. His research focuses on the experiences of and responses to street homelessness in the UK, and the politics and potential of post-secular welfare provision. Publications include Swept up Lives? Re-envisioning the homeless city (2010) and, with colleagues in the School of Geography at Queen Mary, Global Cities at Work: New migrant divisions of labour (2010).