A Queen Mary University of London historian is among a group of UK researchers chosen to join a BBC project telling the forgotten personal stories of the First World War. 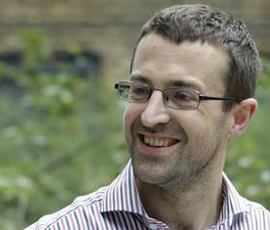 Military Historian Dr Dan Todman has been selected to take part in ‘World War One at Home’ - a BBC project telling the story of the First World War through the people whose lives it transformed, across the homes, schools, churches, theatres, streets and factories of twelve British regions.

These stories will be broadcast regionally and nationally during 2014, to mark the War’s centenary.

The Arts and Humanities Research Council (AHRC) will provide funding for researchers to work with BBC broadcast journalists across England between September and January 2014 to find and showcase stories related to the First World War.

Researchers will advise on the war’s impact on different parts of the country and highlight links with broader national and international events and themes. Dr Todman will research in London, alongside Dr Jonathan Black of Kingston University.

Dr Todman comments: “My work with the Imperial War Museum and with my students to research how the War was experienced in South London forms the ideal preparation for helping BBC journalists think about how to tell the story of the war at a local level.”

Dr Todman’s research focuses on the social, military and cultural history of Britain in both World Wars. He is the author of The Great War, Myth and Memory (2005) and editor of Command and Control on the Western Front (2004) and War Diaries 1939-1945, Field Marshal Lord Alanbrooke (2001). Dr Todman joined Queen Mary in 2003 after completing his PhD at the University of Cambridge and teaching at the Royal Military Academy Sandhurst.