Using cutting edge 3D digital scanning technology - the 700-year-old Mappa Mundi - the world’s largest surviving medieval map will be brought to life by a historian from Queen Mary, University of London at the Hay Festival on Saturday, 1 June 2013. 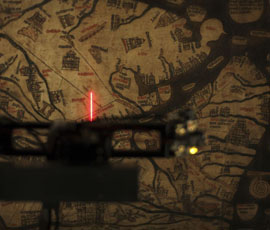 The extraordinary reproduction of the map’s surface will be unveiled for the first time by Jerry Brotton, Professor of Renaissance Studies at Queen Mary’s School of English and Drama, and his collaborator artist and Factum Arte founder Adam Lowe at a presentation 'A History of the World in Twelve Maps'.

The Mappa Mundi, which is on display in Hereford Cathedral, records how thirteenth-century scholars interpreted the world in spiritual as well as geographical terms. Visitors to Hereford Cathedral will be able to see the new 3D exhibit in place alongside the original from Tuesday 4 June. 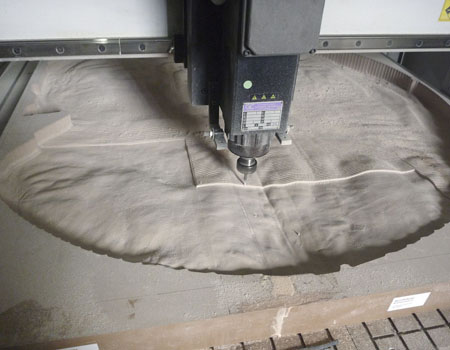 Professor Brotton, author of A History of the World in Twelve Maps, which refers to the Mappa Mundi, said: “This unique 3D reproduction of the map is radically changing scholarship of the medieval masterpiece. Now for the first time visitors to the Mappa Mundi will be able to explore and experience the map as never before."

Adam Lowe of Factum Arte whose company used their advanced digital scanning technology on behalf of The Hereford Mappa Mundi Trust and The Dean and Chapter of Hereford Cathedral, added: “From the 3-D recording and other methods of forensic study new things are being discovered about the map including the compass point at the centre of Jerusalem and the fact that it may have been made in Hereford and not Lincoln after all.”

A History of the World in Twelve Maps has just been published in paperback by Penguin and is now being translated into ten other languages. In collaboration with Queen Mary colleagues Yossi Rapoport (History) and Alfred Hiatt (English), Professor Brotton has just received a Leverhulme to study European-Islamic cartography 1300-1600.