New research centre launched to explore how the mind works

A new research centre, which will explore the interaction between an individual's mind and the modern social world, will be officially launched at a conference at Queen Mary University of London on 28 November 2013. 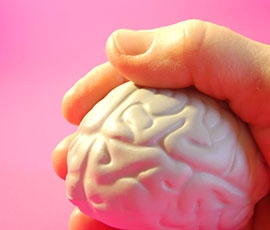 A new research centre, which will explore the interaction between an individual's mind and the modern social world, will be officially launched at a conference at Queen Mary University of London on 28 November 2013.

The Centre for Mind in Society will bring together Queen Mary researchers from the fields of psychology, linguistics, history, economics, computing, medicine and biological sciences who have an interest in this fundamental question.

Professor David Adger, head of Queen Mary’s School of Languages, Linguistics and Film, who is director of the Centre said: “We’re excited about pulling together key strengths from across Queen Mary to explore and understand how human beings' mental processes interact with the surrounding social environment, which is one of the key intellectual challenges of our time."

One example of the type of research being carried out at the Centre will be the work of the Linguistics department which is part of successful €5 million project to look at the cognitive implications of multilingualism in Europe. The AthEME project – Advancing the European Multilingual Experience - starts in January 2014 with 16 partners across Europe.

Another example of research is from the newly launched Cognitive Science Research group, part of Queen Mary’s School of Electronic Engineering and Computer Science, where researchers developed a robot to perform stand-up comedy to test what makes audiences laugh.

The Mind in Society conference, which is free to attend, will be held in the Octagon and runs from 9.30am to 3pm with speakers from Queen Mary as well as guests from the universities of Warwick and Vienna.

To register for the conference visit here.