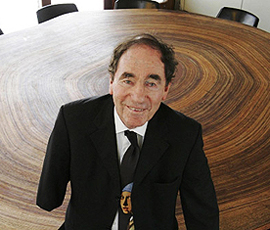 The lecture on 5 March is free but booking is essential. For more information or to book your place visit www.sachslecture.eventbrite.com. The event will run from 6.30pm to 8pm and will be held in the People’s Palace, Queen Mary, University of London, and Mile End Road, London.