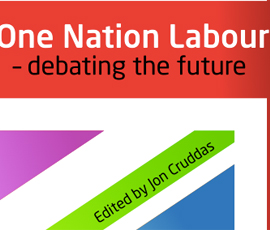 The one-day conference will also feature contributions from leading political academics, Labour peers Stewart Wood and Maurice Glasman who have been widely credited with shaping the party's strategic direction since the 2010 general election defeat as well as Tory Phillip Blond to explore the ideas behind the concept of One National Labour.

It was during the 2012  Labour Annual Conference that the Party’s leader Ed Miliband gave his ‘One Nation Labour’ speech, referring to the need to reverse youth unemployment and close the gap between rich and poor in Britain.

The event is being organised by the PSA Labour Movements Group, Labour’s Policy Review, the School of Politics & International Relations at Queen Mary, University of London, the University of Bristol, and is supported by Labourlist, the Political Quarterly and Demos.