Tariq Ali, the internationally renowned author, filmmaker and cultural commentator will be providing a thought-provoking reappraisal of Islamic history in Europe at a public lecture at Queen Mary on 6 March. 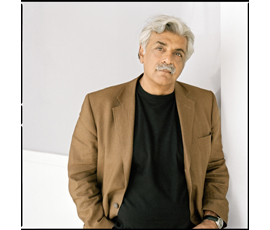 The activist has published on every continent and written dozens of historical books and novels on world history and politics. He has been a leading figure of the international left since the 1960s and is editor of New Left Review.

Born in Pakistan Tariq Ali attended Oxford University where he became involved in student politics and the movement against the Vietnam war. He is a critic of neo-liberal economics and his book The Clash of Fundamentalisms: Crusades, Jihads and Modernity was a response to 9/11. His latest book is The Obama Syndrome: Surrender at Home, War Abroad.

In his lecture Islam, and Europe: The Expulsion and the Re-entry Tariq Ali will focus on how the creation of a European Christian identity was marked by the expulsion of the Jews from Spain in 1492, and three decades later, by the final solution in relation to Islam. He will also talk about how Sicily witnessed similar upheavals in the 13th century, and that the Ottoman expansion impacted on the Balkans but never reached the heart of old Europe. He said: “The understanding of this past should help Europe today where 26 million Muslims now live?”

The lecture will launch the UK’s first Centre for the Study of Islam and the West which is based at Queen Mary. The Centre will explore the relationship between Islam and the western world, covering the period from the birth of the Muslim faith in the seventh century to the present day.  It aims to promote research examining politics, warfare, religion and social to economics, migration and language.

Entrance to the lecture which runs from 6.30pm to 8pm is free and open to the general public. It will be held at the People’s Palace, Queen Mary, University of London, Mile End Road, and be followed by a reception.

To book a ticket visit http://islamandthewest2013.eventbrite.co.uk/#