An internationally renowned Shakespeare scholar has been appointed as Academic Director of a new research collaboration dedicated to the playwright’s world-wide impact. 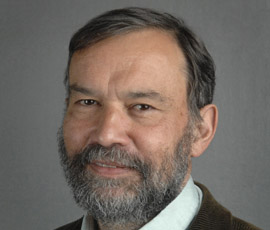 Professor David Schalkwyk will run Global Shakespeare - an innovative partnership between Queen Mary, University of London and The University of Warwick.

Global Shakespeare has been set up to shape the future research agenda in 21st century Shakespeare studies across all platforms including criticism, performance, history, and media from television to digital reproduction.

It will offer a range of programmes which will look at creative historical and contemporary approaches as to why ‘Global Shakespeare’ is so relevant to scholars, performers, practitioners, artists, teachers and above all, the next generation of students.

Professor Schalkwyk is a leading authority on the writings and plays of the bard and recently published Hamlet's Dreams: The Robben Island Shakespeare which brings together the Robben Island Prison of Nelson Mandela and the prison that is Denmark for Hamlet.

He joins the programme from Folger Shakespeare Library in Washington DC - which is home to the world’s largest and finest collection of Shakespeare materials - where he was Director of Research. He was formerly editor of Shakespeare Quarterly and before joining Folger he was Professor of English at Cape Town University.

Speaking about his new role Professor Schalkwyk said: “The new Global Shakespeare programme offers a unique opportunity to harness the expertise in scholarship and performance at two great universities to establish a collaborative network which will engage with Shakespeareans across the globe in a set of new interdisciplinary partnerships.  The challenge is to provide a programme that is both wide-ranging and intellectually rigorous, will offer new critical perspectives on the very notion of Global Shakespeare, and ensure mutually enriching conversations for all participants.”

Professor Morag Shiach, Vice Principal for Humanities and Social Sciences at Queen Mary, University of London and Professor Ann Caesar, Pro Vice-Chancellor at The University of Warwick, commented jointly on the appointment:

“David Schalkwyk is a major international figure in the field of Shakespeare Studies whose research has opened up exciting and important new areas of inquiry and we are delighted that he will be joining us for this new joint project. We are confident that David, in collaboration with colleagues at both universities, will create an innovative a very successful centre for research and teaching on Global Shakespeare, and very much look forward to working with him.”

Professor Schalkwyk will be taking up his post in September 2013.