A rare collection of 48 natural history films spanning over 100 years of cinema will be shown at the first Screening Nature Film Festival hosted by Queen Mary, University of London and the Whitechapel Gallery from 18-19 May 2013. 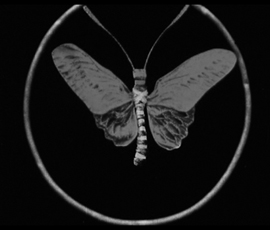 Organisers have brought together a diverse range of cutting edge moving images under the themes of flora and fauna, giving audiences the opportunity to watch rarely seen footage by international filmmakers.

Highlights include the Lumière brothers 1895 film Baby’s Dinner - a famous example of early cinema - the 1908 ‘trick film’ The Acrobatic Fly, a 1911 comedy about an animal hoarder, the story of a Kazakhstani woman who lives with 70 abandoned dogs, revolutionary rats against the American prison system and Nazi propaganda about pest control.

Dr Anat Pick, a Lecturer in Film Studies at Queen Mary and Dr Silke Panse, Lecturer in Fine Art, from the University for the Creative Arts, who is an artist and a theorist of moving image, are the festival organisers. Dr Pick, a leading a leading scholar in the field of film and animal ethics, said: “This is the first time that such a diverse array of films has been brought together to explore the challenges of living in and representing the world. We want to show films that are neither environmental nor artistic, but both at the same time: we call that "eco-aesthetic." My motivation for the project comes from a deep engagement with animal ethics and some dissatisfaction with the usual fare of nature films on TV, such as the BBC’s cute and charismatic animals with the David Attenborough voiceover.

“Screening Nature is not simply another film festival about ecology, nature and animals, but an exploration of the interface between humans, film, and the natural world. We are asking ethical, political, and formal questions about the stakes of filming the world, from the content of images, to the animal ingredients of the film stock itself. We want to push the boundaries of what counts as ‘natural history’, and the festival will range from art to advocacy, and everything in between.”

The event will see the launch the Screen Nature Network – an AHRC (Arts Humanities Research Council) funded project in participation with Whitechapel Gallery, University for the Creative Arts (UCA) and the Goethe-Institut. The network aims to be a hub for rigorous work on our place in the world.

Films on show come from the UK, USA, France, Germany, Israel and Kazakhstan and will range in length from one to 40 minutes. Screening Nature will also host the world premiere of scientist and filmmaker Erin Espelie’s True-Life Adventure parts I & II, and the symposium speakers include internationally renowned academic W.J.T Mitchell, Professor of English and Art History at the University of Chicago, Claire Colebrook, Professor of English at Penn State, and experimental filmmaker Rose Lowder.

Many of the artists and filmmakers will be present to respond to audience questions and talk about their work. This is a 'plant-based' event, all food and drink served is vegan.

Anat Pick’s new co-edited book Screening Nature: Cinema Beyond the Human, will be published by Berghahn in November 2013. She is also the author of Creatively Poetics: Animality and Vulnerability in Literature and Film.