Film critic, author and QM Professor of Theatre and Screen, Maria Delgado is one of the leading players promoting the work or some of Argentina’s most exciting new directors and musicians at the 2nd Argentine Film Festival London. 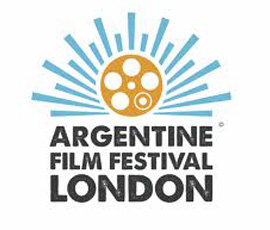 The festival takes place from 17 to 21 April at three venues across the capital: Ritz Cinema, Hackney Picturehouse and Cineworld Haymarket and includes a programme of 11 of the best contemporary feature films from and about Argentina as well as live musical performances and other special events.

Professor Delgado from QM's School of Languages, Linguistics and Film, is the Programme Associate for the second year running and will be working closely with the festival’s Director and Founder Sofía Serbin de Skalon and Programme Advisor Demetrios Matheu.

This year's selection celebrates Argentine culture in all its diversity. The programme brings together subjects typically associated with Argentina - football and wine - while also offering a bird's eyes view of some of the more intriguing areas of the country, with their hidden secrets and contrasting communities.

The opening film of the festival is Daniel Burman's charming ALL IN (La suerte en tus manos).