New research from Queen Mary, University of London and UCL (University College London) has found the number of extremely premature babies who survive and leave hospital increased between 1995 and 2006, but the proportion who experience serious health problems in childhood remained largely unchanged. 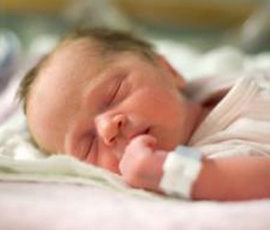 Image courtesy of the EPICure studies

The findings are in the latest papers to come out of the EPICure cohorts, a long-term study into the survival and subsequent long-term health of extremely premature babies. They are published in the British Medical Journal.

The first study, led by Kate Costeloe, Professor of Paediatrics at Barts and The London School of Medicine and Dentistry, part of Queen Mary, compared immediate survival rates and health of both sets of babies up until they were sent home from hospital.

It found that the number of babies born at 22 to 25 weeks and admitted to intensive care increased by 44 per cent between 1995 and 2006 (from 666 in 1995 to 1,115 in 2006) and overall survival increased by 13 per cent (40 to 53 per cent).This change reflected greater numbers of babies surviving the first week after birth, with little difference thereafter.

However, the increase in survival was not significant for babies born before 24 weeks’ gestationand the number of babies who experience major health complications remained unchanged.

The second study, led by UCL, looked at the health of the 2006 babies at three years of age and compared this with findings from the 1995 cohort at a similar age. It found that while 11 per cent more babies survived to age three without disability, the proportion of survivors born at 22 to 25 weeks with severe disability – including lung disease or brain injury – was about the same (18 per cent in 1995 and 19 per cent in 2006).

Professor Kate Costeloe said: “This research shows that while we still have some way to go in improving the outlook for extremely premature babies, we’re definitely moving in the right direction.

“The similarities between two sets of children born 11 years apart also indicate that continuing to follow the older children as they grow will give us important information about the outlook for premature babies born today and in the future. This will help to ensure these babies get the best possible care at birth and throughout their development.”

Rates of preterm birth are rising in many European countries and are particularly high in the UK.

The EPICure study recorded all babies born between 22-25 weeks’ gestation at every maternity unit in the UK and the Republic of Ireland for 10 months in 1995. EPICure 2 was set up to follow a new group of extremely premature babies born between 22-26 weeks in England in 2006 to see how things had moved on since then, and to revisit the children born in 1995 to assess their long-term health.

The latest research was funded by the Medical Research Council (MRC).