Professor Malcolm Alison of Queen Mary, University of London, has been awarded the 2012 Doniach Lectureship - the senior award of the Pathological Society of Great Britain and Ireland. 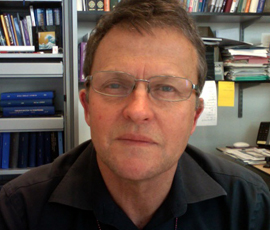 As Professor of Stem Cell Biology, Malcolm Alison formerly led the Centre for Diabetes at Barts and The London School of Medicine and Dentistry, part of Queen Mary. His research focuses on stem cell biology in adult tissues, particularly in the liver.

The Doniach Lectureship and Award is given annually and celebrates the life-long contribution to pathology - the science of the causes and effects of diseases - by a senior member of the Pathological Society. It was founded in 2003 in honour of the late Professor Israel Doniach, who became Professor of Pathology at the London Hospital.

On Professor Alison’s nomination, the Pathological Society’s president, Professor Andrew Wyllie, commented: “Malcolm Alison is a highly productive scientist with an international reputation for his studies on the regulation of cell populations in tissues.

“He is also an excellent communicator, and has trained many pathologists and toxicologists in the UK and further afield in experimental methods, at a time when the appropriate skills were in short supply. The Pathological Society is proud to have been the forum in which much of his work has appeared and is delighted to endorse his nomination as the 2012 Doniach Lecturer.”

Professor Alison joined Queen Mary in 2004 after over 20 years at Hammersmith Hospital (Imperial College), moving from Lecturer to Professor of Experimental Pathology.

On Wednesday 4 July he will deliver a lecture at the Pathological Society’s summer meeting titled Only Dead Fish Swim with the Stream – Trying to Understand the Dynamics of the Liver and its Diseases. The lecture may also be published in the Society’s Journal of Pathology.

The conference is the 202nd Scientific Meeting of the Pathological Society of Great Britain and Ireland and is hosted by the Academic Unit of Pathology at the University of Sheffield.