An honorary professor at Queen Mary, University of London, has received a prestigious award from the United Nations for his project to improve HIV treatment in South East Asia. 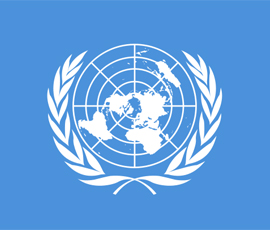 Professor Julian Gold holds an honorary professorship at Barts and The London School of Medicine and Dentistry at Queen Mary, where he works in collaboration with the Centre for Neuroscience and Trauma and the Centre for Primary Care and Public Health.

The project aims to improve the health and quality of life of people living with HIV in Champasak Province, Lao PDR. It is being implemented by partners including the World Health Organisation, World Food Program, the Thai Red Cross, the Albion Street Center (Australia), Bangkok’s Mahidol University, the Australian Agency for International Development and the Lao Ministry of Health.

The Lao-TACHIN project trains health care staff and provides education on nutrition for people living with HIV. It recognises that the right nutrition can prolong the life of people being treated for HIV and provide lasting benefits for individuals, their families, communities and the economy.

Commenting on the success of the Lao-TACHIN project so far, he said: “This award will significantly raise the profile of Queen Mary in the international public health arena and have important potential for increasing collaboration between staff at Queen Mary and healthcare workers in resource limited countries of South East Asia, as well as for colleagues in Australia.”

In addition to his work with Lao-TACHIN and Queen Mary, Professor Gold is Director of the World Health Organization (WHO) Collaborating Centre and Director of the Albion Street Centre in Sydney, Australia, a centre established to provide services for people with HIV. He is regarded in his home country of Australia as an expert in infectious diseases, specialising in the diagnosis and management of patients with HIV.

His collaborative projects with Queen Mary include research into the infectious disease aspect of Multiple Sclerosis with Professor Gavin Giovannoni at the Centre for Neuroscience and Trauma.