A 50 year old motor neurone disease patient will today launch a groundbreaking research project in East London after raising more than £100,000 to pay for it. 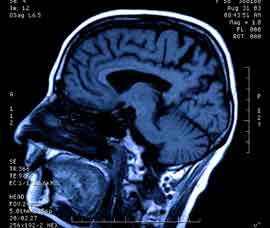 Wayne Sammut will join clinicians and researchers from Barts Health NHS Trust and Queen Mary, University of London to announce the £250,000 project that aims to slow down the disease’s debilitating effects.

Motor neurone disease is a neurological disease that attacks nerves in the brain and spinal cord, causing muscles to waste over time. There is no cure for the disease that affects up to 5000 people in the UK, and the average life expectancy for most sufferers is 2-5 years after diagnosis.

Barts and The London Charity have contributed £150,000 to the project after Wayne’s family, friends and work colleagues contributed £100,000.

Barts Health NHS Trust Consultant Neurologist and Director of the MND Centre Dr Aleksandar Radunovic said the three year study was the first of its kind in the world to focus on improving the muscle function of MND patients.

Dr Radunovic said: “Messages from a motor neurone disease patient’s brain gradually stop reaching their muscles, which affects their speaking, walking, breathing, swallowing and general movement of the body. It’s a terrible disease because while the person’s mind remains perfectly intact, they are left unable to control many bodily functions.

“Our study will for the first time look at whether cells inside muscles affected by motor neurone disease can be manipulated to regain their function. Most previous studies have focused on the genetic component of cells in a bid to establish what causes motor neurone disease.

“We still don’t know what causes it and while that’s a crucial avenue of research, it’s equally important to help improve the length and quality of life for current sufferers.”

Researchers will take muscle biopsies from motor neurone disease patients and healthy people, then study and manipulate the muscles by blocking different genes to see how the cells behave.

The project will be conducted in collaboration with Professor Silvia Marino and her research team from Queen Mary, University of London, who are at the forefront internationally in the study of fine-tuning stem cell function to enhance regeneration and repair.

Dr Radunovic said he was extremely grateful to patients like Wayne who understood the importance of research and were willing to take part in trials.

“Wayne is a massive advocate for research which is so important for scientific breakthroughs – we simply couldn’t do it without patients’ support.

“Wayne is not only putting his body on the line to improve treatment, he’s also inspired many people to give generously to this important cause.”

Wayne, who lives in Essex with wife Kay and 14 year old daughter Maddie, was diagnosed with MND in September 2009 after nine months of symptoms that included muscle spasms and cramping.

He now moves around in a wheelchair, is fed through a tube and cannot speak above a whisper. Wayne uses a machine to breathe at night and special equipment for routine tasks like answering the phone and opening doors. Despite these challenges, Wayne still works full-time from home as Operations Director of CVC Cordatus.

Wayne said: “When I was first diagnosed, my family and friends were so anxious to help but as they couldn’t physically do anything, they were keen to raise as much money as possible.

“My daughter Maddie even personally wrote 100 letters to the chairmen of FTSE 100 companies requesting contributions which generated a significant number of donations.

“The generosity of people and organisations has made this pioneering study possible and will hopefully bring us one step closer towards our ultimate aim of finding a cure for this insidious disease.”