A study by Queen Mary, University of London researchers has shown the scale of the challenge facing those in charge of delivering the Olympic legacy. In three London boroughs they have found that, overall, as many as one in ten of the local population has a high risk of developing type 2 diabetes within the next ten years. In some areas close to the Stratford Olympic Park up to one in six adults are at high risk. 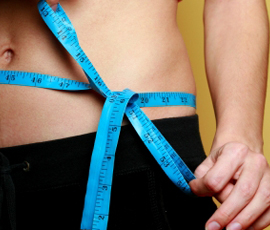 The study, published in the British Journal of General Practice, analysed half a million electronic records for all people without diabetes, aged between 25-79, and registered with a GP in the London boroughs of Tower Hamlets, Newham and City & Hackney.

Using a scoring system known as the QDScore, the researchers were able to predict the percentage of the population that were at high risk (a 20% chance or more) of developing type 2 diabetes within the next ten years. They then applied this information to a map of the boroughs to produce a geospatial map that showed the level of risk in different areas, with ‘hot spots’ in areas of high risk.

“We found the risk of diabetes is very high, with about one in ten people being at high risk overall, and in some parts, such as the north-eastern corner of Newham, rising to around one in six,” said Dr Dianna Smith who created the map and is a lecturer at the Centre for Primary Care and Public Health, Barts and the London School of Medicine and Dentistry, part of Queen Mary, University of London (UK). “There is a geographical band of high risk across East London, which we’ve dubbed the ‘East London Diabetes Belt’ that runs near the Olympic Park and corresponds to some areas of deprivation and a high proportion of South Asian and Black ethnic groups.”

The study found that approximately 50% of people with known cardiovascular disease or high blood pressure were at high risk. Other factors in the QDScore that increased the risk were: male gender, increasing age (20% of 40-79 year olds were at high risk), deprivation and obesity. Ethnicity affected risk, with more than twice as many people of South Asian ethnic origin at high risk (16.4%) compared to the White population (7.5%).

“Diabetes and obesity (one of the main causes of diabetes) are a major source of ill health and hospital admissions. The cost to the health service in the future will be extensive if we don't help people to control their risk. This is a gold medal moment at the start of the Olympic legacy period to prioritise tackling chronic disease and capitalise on the enthusiasm for physical activity generated by the Olympics," said Dr Douglas Noble, a public health doctor at the Centre for Primary Care and Public Health, who led the overall research.

Professor Trisha Greenhalgh, who was also part of the research team, said: "As a former national athlete, I can see few things more important than the health and wellbeing of the next generation. We know we've got an extensive problem in East London with lack of physical activity and poor dietary habits, which contributes to obesity and diabetes. Once diabetes has been diagnosed, it's an uphill battle to get it under control. It’s far better to prevent it in the first place. Highlighting the risk of diabetes gives people a chance to make important individual choices to reduce their risk. Increasing physical activity and eating more healthily, which leads to weight loss, reduces the risk of diabetes regardless of ethnicity or deprivation."

The researchers say the study could be used to help policy makers and planners design effective public health strategies that are targeted particularly at the groups most in need. “Mapping risk revealed the ‘East London Diabetes Belt’ and this could help to plan actions at local and national level to reduce the risk of type 2 diabetes, particularly in regard to the Olympic legacy,” concluded Dr Noble.