Researchers from Queen Mary, University of London have developed a new gene test that can detect pre-cancerous cells in patients with benign-looking mouth lesions. The test could potentially allow at-risk patients to receive earlier treatment, significantly improving their chance of survival. 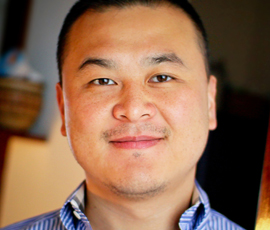 The study, published today in the International Journal of Cancer,showed that the quantitative Malignancy Index Diagnostic System (qMIDS) test had a cancer detection rate of 91-94 per cent when used on more than 350 head and neck tissue specimens from 299 patients in the UK and Norway.

Mouth cancer affects more than 6,200 people in the UK each year and more than half a million people worldwide, with global figures  estimated to rise above one million a year by 2030. The majority of cases are caused by either smoking or chewing tobacco and drinking alcohol.

Mouth lesions are very common and only five to 30 per cent may turn into cancers. If detected in the early stages treatment can be curative, but until now no test has been able to accurately detect which lesions will become cancerous.

The current diagnostic gold standard is histopathology – where  biopsy tissue taken during an operation is examined under a microscope by a pathologist. This is a relatively invasive procedure and many mouth cancers are being diagnosed at later stages when the chances of survival are significantly reduced. For patients presenting with advanced disease, survival rates are poor (10-30 per cent at five years).

Lead investigator and inventor of the test Dr Muy-Teck Teh, from the Institute of Dentistry at Queen Mary, University of London,said: “A sensitive test capable of quantifying a patient’s cancer risk is needed to avoid the adoption of a ‘wait-and-see’ intervention. Detecting cancer early, coupled with appropriate treatment can significantly improve patient outcomes, reduce mortality and alleviate long-term public healthcare costs.”

The qMIDS test measures the levels of 16 genes which are converted, via a diagnostic algorithm,into a“malignancy index” which quantifies the risk of the lesion becoming cancerous. It is less invasive than the standard histopathology methods as it requires only a 1-2 mm piece of tissue (less than half a grain of rice), and it takes less than three hours to get the results, compared to up to a week for standard histopathology.

Consultant oral and maxillofacial surgeon, Professor Iain Hutchison, founder of Saving Faces and co-author on the study, said: “We are excited about this new test as it will allow us to release patients with harmless lesions from regular follow-up and unnecessary anxiety, whilst identifying high-risk patients at an early stage and giving them appropriate treatment. Mouth cancer, if detected early when the disease is most receptive to surgical treatment, has a very high cure rate.”

Dr Catherine Harwood, a consultant dermatologist and a co-author on the study, said: “Our preliminary studies have shown promising results indicating that the test can potentially also be used for identifying patients with suspicious skin or vulva lesions, offering the opportunity of earlier and less invasive treatments.”

Whilst this proof-of-concept study validates qMIDS as a diagnostic test for early cancer detection, further clinical trials are required to evaluate the long-term clinical benefits of the test for mouth cancers.

With further development it could potentially be applied to other cancer types as the test is based on a cancer gene – FOXM1 – which is highly expressed in many cancer types. In this study the researchers used the qMIDS test to detect early cancer cells in vulva and skin specimens with promising results.

Dr Teh’s earlier research on FOXM1 – which showed that when FOXM1 is over expressed the protein loses its control over cell growth, allowing cells to proliferate abnormally–was awarded ‘Molecule of the Year 2010’ by the International Society for Molecular and Cell Biology and Biotechnology Protocols and Research.