Medical school rises through the ranks

The latest university rankings reveal that Barts and The London Medical School has shot up 11 places to rank seventh nationally, and second in London. 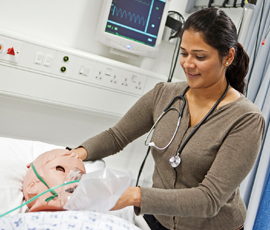 Just a year ago the School was ranked 18th out of 30 medical schools by the Guardian newspaper.

The Dental School has also seen a rise from 12th to tenth place nationally.

Medicine performed particularly well in student satisfaction and in the Guardian’s ‘value added score’ a measure of how well students improve over their years of study.

This reinforces the most recent student satisfaction survey which gave an overall score of 94 per cent – nine points higher than the national average for medicine.

The School was awarded a value added score of nine out of ten, the joint-highest score in the country.

Barts and The London is part of Queen Mary, University of London, which was ranked 36th out of 120 institutions nationally.

Queen Mary’s Vice Principal for Health, Professor Richard Trembath said: “We are very pleased to see the quality of our medical and dental education reflected in the results of the Guardian league table.

“Thanks to the efforts of our staff and students, we are nurturing the finest doctors and dentists of the future.”