National estimates of death following general surgery have been too optimistic, according to the first large-scale study to explore surgical outcomes across Europe, led by Queen Mary, University of London. 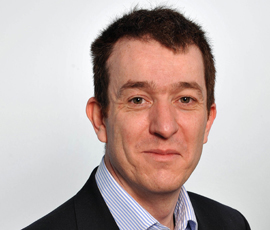 The study, published in the Lancet today, has generated new estimates using a snap-shot of death after surgery in more than 46,000 patients from 500 hospitals in 28 European countries. The results indicate that death from all causes is 4 per cent – more than double previous estimates.

Overall mortality rates were found to vary widely between countries, from 1.2 per cent in Iceland to 21.5 per cent in Latvia. In the UK, the mortality rate was 3.6 per cent, well above the highest previous estimates of 1–2 per cent.

The research was led by Dr Rupert Pearse from Barts and the London School of Medicine and Dentistry, part of Queen Mary, University of London. Dr Pearse said: “The substantial variations in mortality between countries highlight the urgent need for national and international strategies to improve care for this group of patients.”

The European Surgical Outcomes Study (EuSOS) measured national in-hospital mortality and examined the allocation of critical care resources during seven days in April 2011. Patients aged 16 and over who underwent various non-cardiac procedures in participating centres were enrolled and tracked for up to 60 days after surgery.

Even after adjusting for possible confounding variables, such as urgency and surgical procedure, age, and presence of metastatic disease, substantial differences in mortality rates remained between countries. Compared with the UK, patients in Poland, Latvia, and Romania had the greatest odds of dying. Within western Europe, patients in Ireland, Italy, Belgium, Portugal and France had a higher risk of dying.

The researchers note that the high mortality they identified across Europe contrasts with the 2 per cent for cardiac surgery patients who are routinely admitted to critical care. They speculate that the provision and use of critical care beds may play a vital role in improving survival in patients undergoing non-cardiac procedures.

Dr Pearse said: “Nearly three-quarters of patients who died were never admitted to intensive care. Failure to allocate critical care resources to patients at greatest risk of death is a serious public health concern for patients undergoing surgery in Europe.”